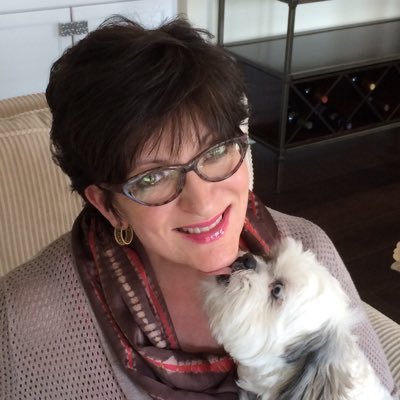 After leaving KSDK in 2014, Jennifer worked as Director of Humane Education at the APA of Missouri.  She and her group of volunteers visited area schools, teaching children empathy, kindness and responsible pet guardianship.  Jennifer started a Prison Art Program where offenders at three Missouri  prisons created pet portraits to raise money for homeless animals.

Jennifer earned her Bachelor’s degree in Radio-TV-Film from Bowling Green State University and her Master’s in Social Work from Washington University.  Jennifer had a private therapy practice for five years.

She adopted her dog, Pollyanna, from the APA over five years ago and the two live in St. Louis County. 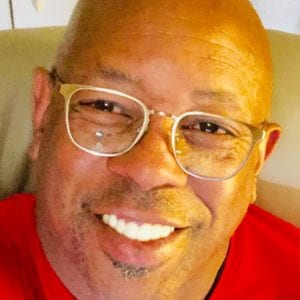 Art’s broadcasting career spans four decades in news and sports, including 38 years at KSDK.  And now radio with KTRS every weekday from 10am to Noon as he is reunited with Jennifer Blome.

He came to 5 On Your Side in 1979 and worked as a sportscaster until 1989 when he began a 22-year stint co-anchoring with Jennifer Blome on Today in St. Louis. Besides anchoring, Art served as managing editor and twice was executive producer of the morning newscast. Before joining 5 On Your Side, Art worked in the sports department of KOCO-TV in Oklahoma City for two-plus years.

Art’s broadcasting work has been recognized with numerous awards, including three sportscasting Emmys in 1985, 1988, and 1989. In 2001, Art was inducted into the Hall of Fame of the Greater St. Louis Association of Black Journalists. In 2003 the University of Missouri-Columbia selected him for its prestigious Faculty-Alumni Award. In 2009, Art was inducted into the St. Louis Media Foundation Television Hall of Fame.

He has a Bachelor of Journalism degree from the University of Missouri-Columbia, and his interests include tennis, photography, and documentary filmmaking. He’s currently working on “Johnnie Be Good,” a music documentary about Rock and Roll Hall of Fame pianist Johnnie Johnson.

Art is married and has an one daughter.

For booking and promotion: max.foizey@ktrs.com

Travel the Islands of New England with Jennifer Blome 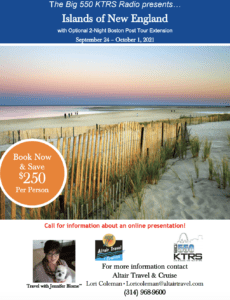 Art and Jennifer have a new song every weekday.

Thank you to our sponsors