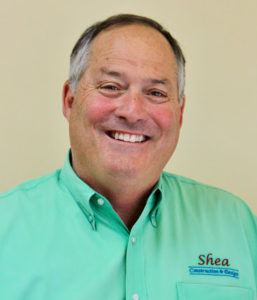 John, known as Mr. Fix-It, has been a regular on KTRS since its conception in 1996. John has over 40 years of building experience and is the president of Shea Construction & Design. His company received the Remodeler of the Year award in 2007 and was chosen in 2008 as the builder for the Extreme Makeover: Home Edition here in St. Louis. That next year, Shea Construction & Design was named to the National Big 50 Hall of Fame by Remodeling Magazine. With John’s construction experience and odd sense of humor, along with David Sherwood’s knowledge of anything that grows, the two have fun with their callers answering questions regarding anything inside or outside of their homes. 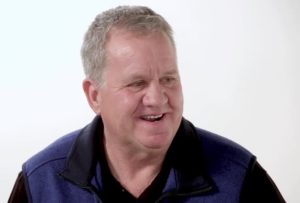 David has been the president & owner of Sherwood’s Forest Nursery since 1979. Sherwood’s Forest Nursery’s garden center offers full landscape design & installation, specializing on the rare and unusual trees, shrubs and perennials. The nursery is located in West County on 9 acres and has 30.000 square feet of greenhouse. David has hosted the Children’s Garden Club for the last 18 years, cultivating young gardeners. He is a member of the Monrovia Nursery Retail Council. C.E.O. (Chief example for Others) as Pollinator Pantry Provider. David is also an avid hiker, fitness and healthy diet enthusiast known by some as the Jack Lalanne of Horticulture. Sherwood is a graduate of Kirkwood High School, born and raised in Saint Louis. He received a B.S. in Business Management from UMSL in 1976 and is 62 years young.