Set your alarm clock every Saturday morning for the Saturday Morning Wake Up with Dave Schumacher on the Big 550! Get informed on what’s happening in and around the St. Louis area from news and sports to local events and destinations. We will get you caught up on the week before, and what to expect in the week ahead. Plus, don’t miss the latest agriculture numbers and information. It’s fun, informative, and local! 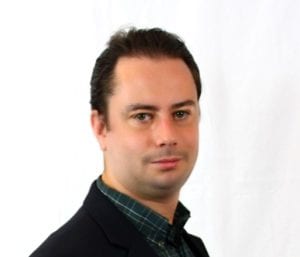 The old saying there’s no place like home couldn’t be any more true. David started his radio career back in the spring of 2002 as an intern in KTRS’ sports department. A talk radio fan from a young age, David worked his way up at KTRS working in the sports department covering the Blues, Cardinals, NFL, and Mizzou, as well as producing other talk shows at the station.

After leaving to work at another station for three years, David came back in the fall of 2020 to anchor news overnights and during the Early Morning Wakeup Call with Farmer Dave. A few months later in April, Farmer Dave handed David the reins to the Saturday Morning Wake-Up Call. When he’s not burning the midnight oil in the newsroom or catching up on sleep, you can still find David at sporting events around town where he covers games for regional and national outlets including the Associated Press and 24/7 News Source.