Buy & sell your desirables on the Big 550 KTRS Saturday mornings with Josh Gilbert! 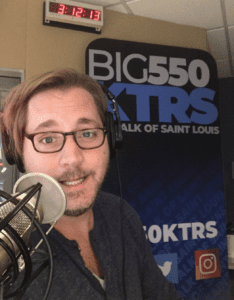 Josh joined KTRS in 2010, working early mornings on the weekends – shifts nobody else wanted to do. Five years later, he’s still doing the jobs no one wants to do and is producing The John Carney Show. While not generally a very excitable guy, his first loves lie in music, film, and anything to do with pop culture. A “Like” er of very few Facebook pages, his dislikes run in the thousands, and you can hear him complain on any number of topics, every day, as the Board Operator and self-proclaimed “voice of reason” on The Carney Show.