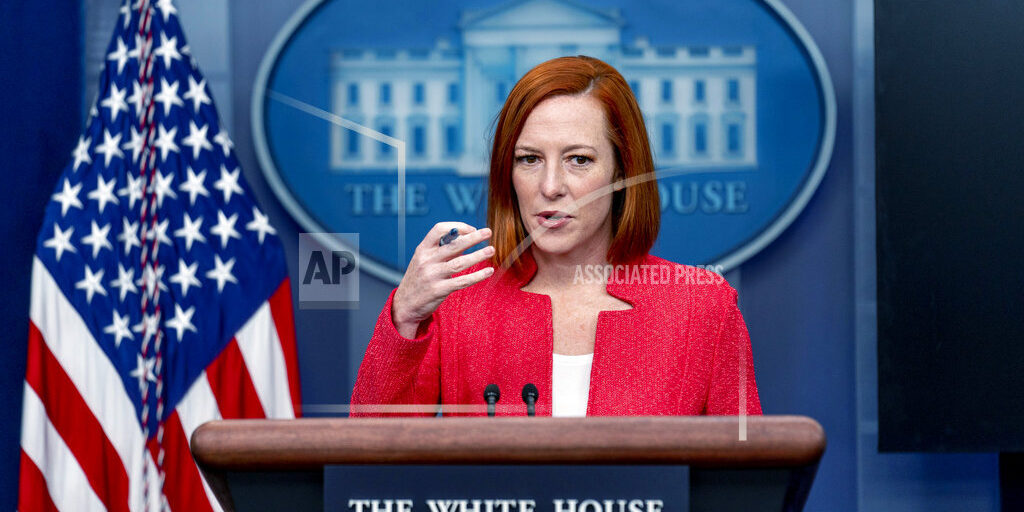 WASHINGTON (AP) — The White House says U.S. intelligence officials have determined a Russian effort is underway to create a pretext for its troops to further invade Ukraine, and Moscow has already prepositioned operatives to conduct “a false-flag operation” in eastern Ukraine. White House press secretary Jen Psaki said the intelligence findings show Russia is also laying the groundwork through a social media disinformation campaign that frames Ukraine as an aggressor in the crisis. Psaki charged that Russia has already dispatched operatives trained in urban warfare who could use explosives to carry out acts of sabotage against Russia’s own proxy forces — blaming the acts on Ukraine —  if Russian President Vladimir Putin decides he wants to move forward with an invasion.