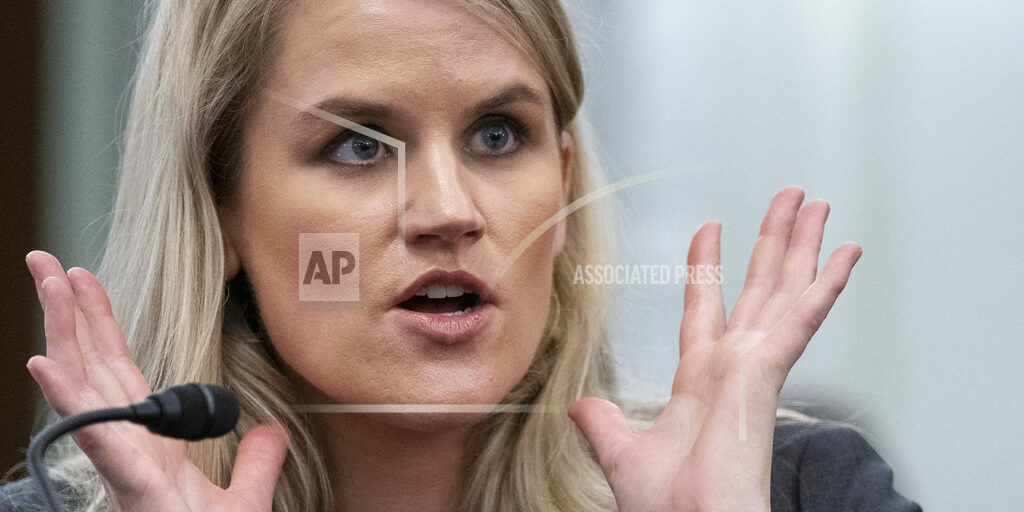 LONDON (AP) — Former Facebook data scientist turned whistleblower Frances Haugen is answering questions from lawmakers in the United Kingdom who are working on legislation to rein in the power of social media companies. Haugen said Monday that Facebook is making online hate and extremism worse and outlined how it could improve online safety. She spoke before a parliamentary committee scrutinizing the British government’s draft legislation to crack down on harmful online content. Haugen told lawmakers how Facebook Groups amplifies online hate, saying algorithms that prioritize engagement take people with mainstream interests and push them to the extremes. She says the company could add moderators to prevent groups from being used to spread extremist views.