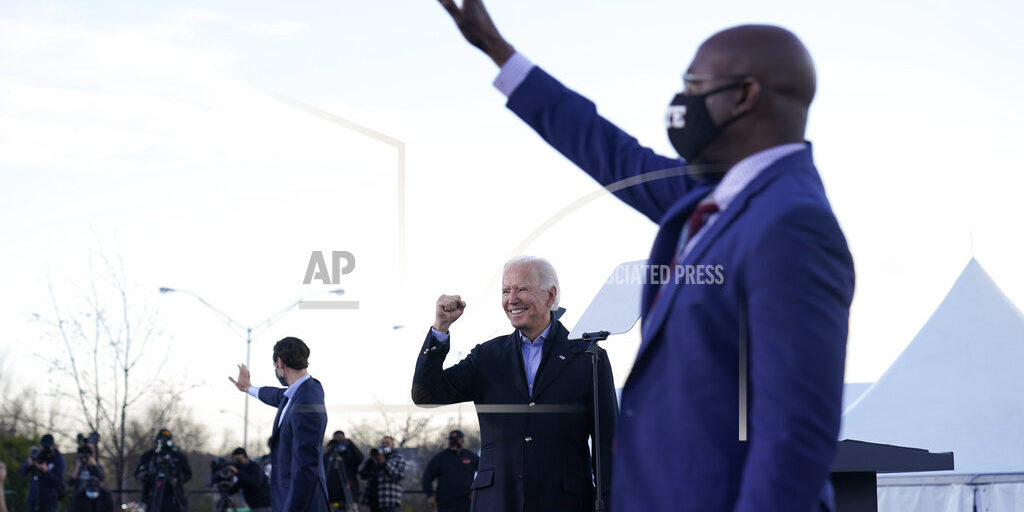 ATLANTA (AP) — Democrat Raphael Warnock has won one of Georgia’s two Senate runoffs, becoming the first Black senator in his state’s history and putting the Senate majority within the party’s reach. Warnock, a pastor who spent the past 15 years leading the Atlanta church where Martin Luther King Jr. preached, defeated Republican incumbent Kelly Loeffler. It’s a stinging rebuke of outgoing President Donald Trump, who traveled to Georgia to rally for Loeffler and the Republican running for the other seat, David Perdue. The focus now shifts to the second race between Perdue and Democrat Jon Ossoff. That contest was too early to call as votes were still being counted.