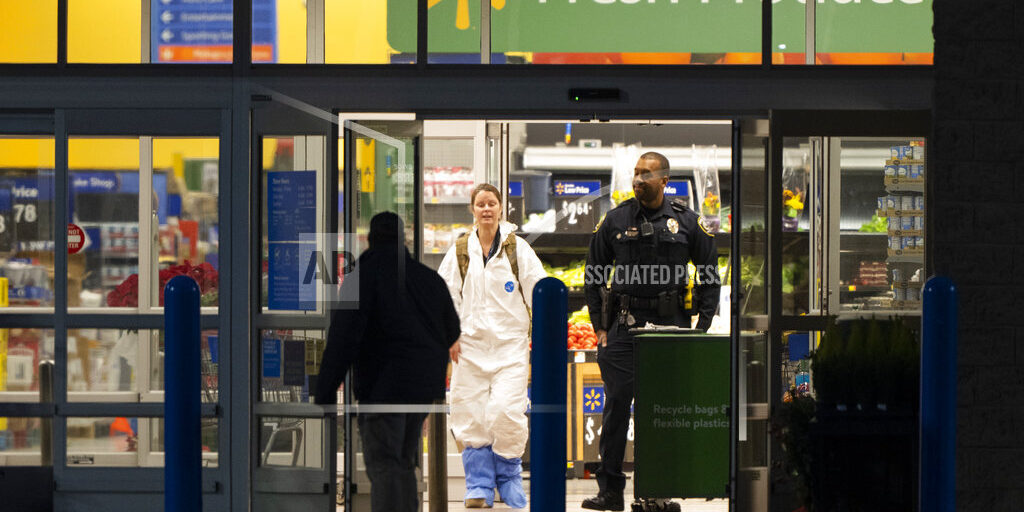 CHESAPEAKE, Va. (AP) — Authorities and witnesses say a Walmart manager opened fire on fellow employees in the break room of a Virginia store, killing six people. It was the country’s second high-profile mass shooting in four days. Police in Chesapeake say the gunman, who apparently shot himself, was dead when they found him. There was no clear motive for the shooting, which also put four people in the hospital. The store was busy just before the attack Tuesday night as shoppers stocked up ahead of the Thanksgiving holiday. Employee Briana Tyler says the stocking team gathered in the break room when her manager turned around and opened fire on the staff.