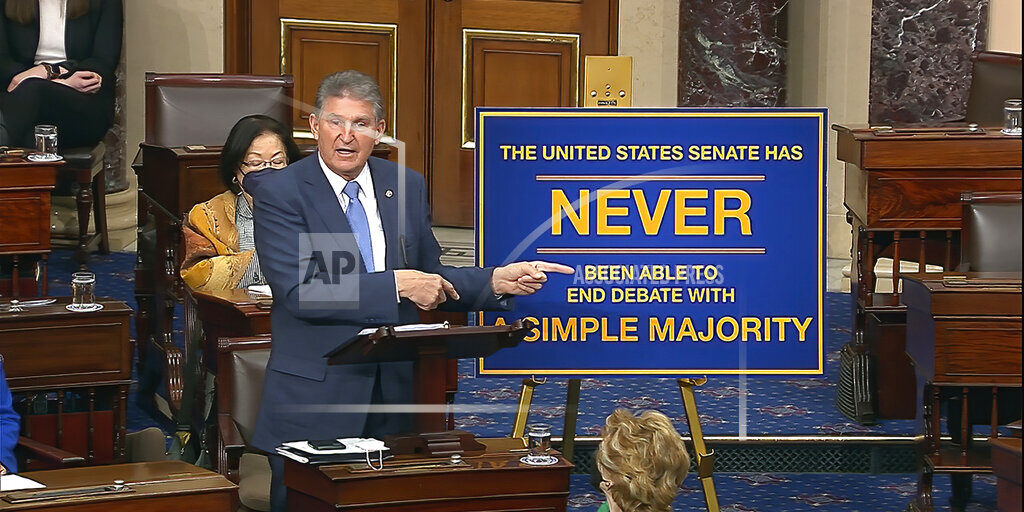 WASHINGTON (AP) — Voting legislation that Democrats and civil rights groups argue is vital for protecting democracy has collapsed. The outcome late Wednesday in the Senate was a setback for President Joe Biden and his party after a raw, emotional debate. Democrats were unable to change Senate rules to push past a Republican filibuster. Biden has failed to persuade two holdout Democratic senators, Kyrsten Sinema of Arizona and Joe Manchin of West Virginia, to change Senate rules for this one bill. Advocates warn that new state laws are making it more difficult to vote in elections. Biden says he is disappointed but “not deterred.”