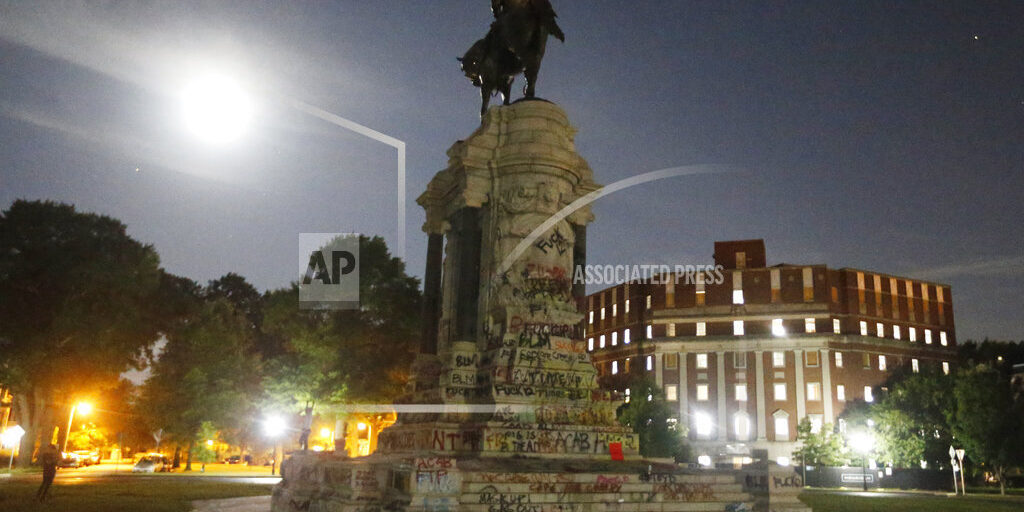 RICHMOND, Va. (AP) — A towering statue of Confederate General Robert E. Lee in Richmond is about to come down. The imposing, 21-foot (6.4-meter) tall bronze likeness of Lee on a horse sits atop a granite pedestal nearly twice that high in the grassy center of a traffic circle on Richmond’s famed Monument Avenue. Gov. Ralph Northam announced plans to take down the statue in June 2020, 10 days after George Floyd’s death sparked nationwide protests against police brutality and racism. The plans were stalled for more than a year by two lawsuits filed by residents opposed to its removal. But rulings last week by the Supreme Court of Virginia cleared the way for the statue to be taken down. Administration officials said they plan to remove the massive sculpture Wednesday.