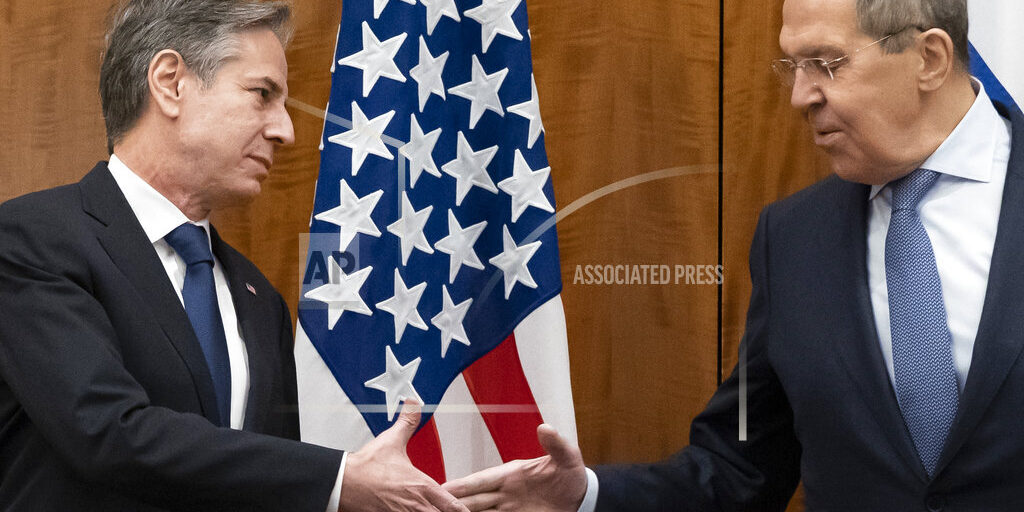 GENEVA (AP) — The United States and Russia are trying to avert another devastating conflict in Europe. But the two powers’ top diplomats warned Friday that no breakthrough was imminent as fears rise that Moscow is planning to invade Ukraine. Armed with seemingly intractable and diametrically opposed demands, U.S. Secretary of State Antony Blinken and Russian Foreign Minister Sergey Lavrov met in Geneva. With an estimated 100,000 Russian troops massed near Ukraine, many fear Moscow is preparing an invasion although Russia denies that. The U.S. and its allies are scrambling to present a united front to prevent that or coordinate a tough response if they can’t.