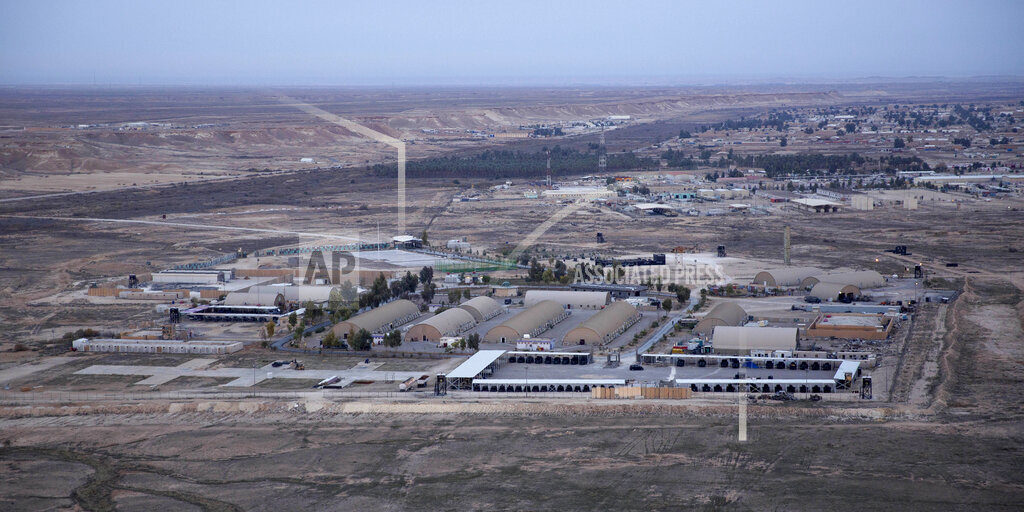 BAGHDAD (AP) — The U.S.-led coalition in Iraq says at least 10 rockets have targeted a military base in western Iraq that hosts American troops. The rockets struck Ain al-Asad airbase in Anbar province at 7:20 a.m. on Wednesday. That’s according to coalition spokesman Col. Wayne Marotto. It was not immediately known if there were any casualties. It was the first attack since the U.S. hit Iran-aligned militia targets in Syria, along the border with Iraq, last week. It also comes two days before Pope Francis is scheduled to visit Iraq in a much anticipated trip that will include stops in Baghdad, southern Iraq and the northern city of Irbil.