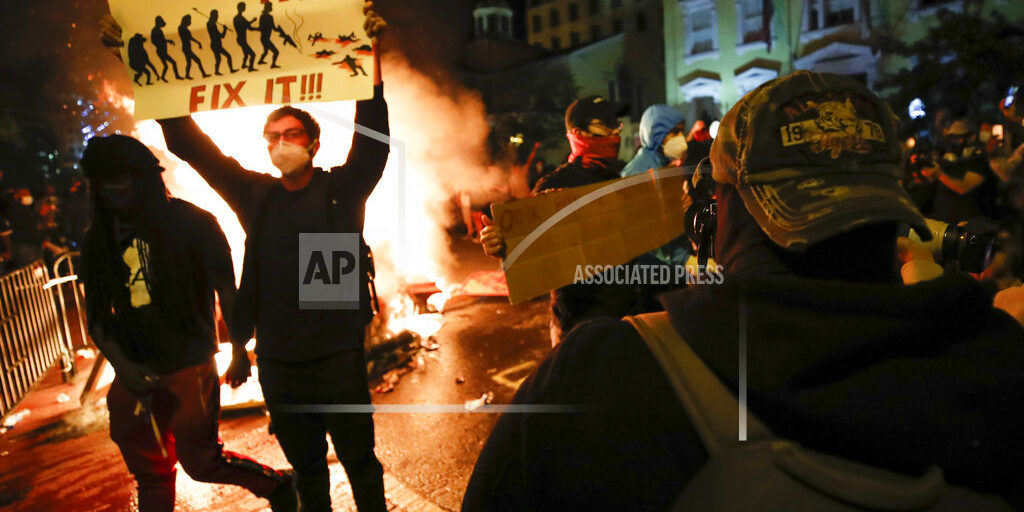 Washington D.C. (AP) — Tens of thousands of protesters have again taken to the streets across America. Peaceful demonstrations Sunday against police killings of black people have been overshadowed by unrest that quickly ravaged cities from Philadelphia to Los Angeles. A truck driver drove into demonstrators in Minneapolis nearly a week after George Floyd pleaded with an officer pressing a knee into his neck that he could not breathe. Outside the White House, police fired tear gas and stun grenades into a crowd who lit fire in a street. Thieves in more than 20 California cities smashed into businesses and ran off with sneakers, cellphones and TVs.