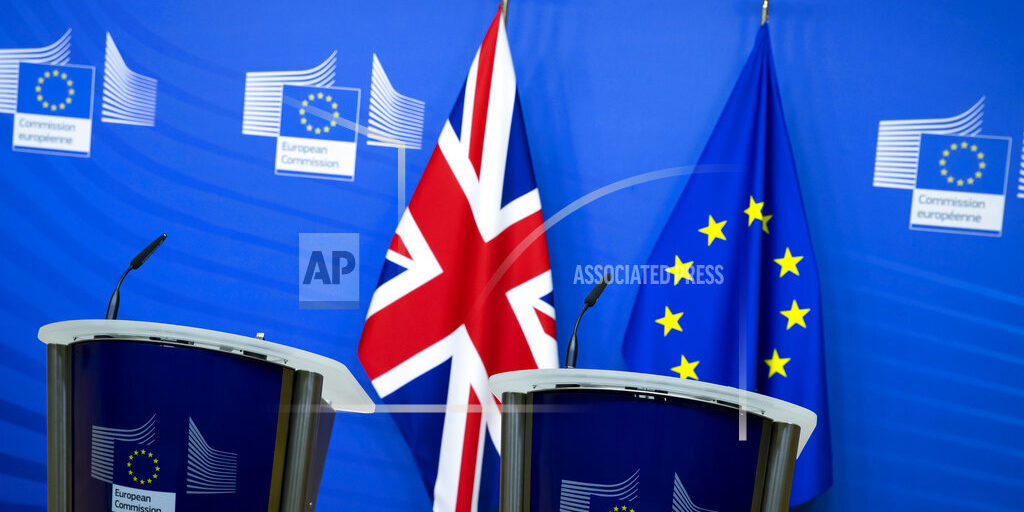 BRUSSELS (AP) — British Prime Minister Boris Johnson says there is a “strong possibility” that talks on a post-Brexit trade agreement with the EU will end without agreement. The U.K. and the EU have given themselves a deadline of Sunday to unlock their gridlocked trade talks. Both sides told their citizens to brace for a New Year’s shock, as trade between the U.K. and the 27-member bloc would face its biggest upheaval in almost a half century. Johnson’s gloomy comments came as negotiators sought to find a belated breakthrough in technical talks, where their leaders failed three times in political discussions over the past week.