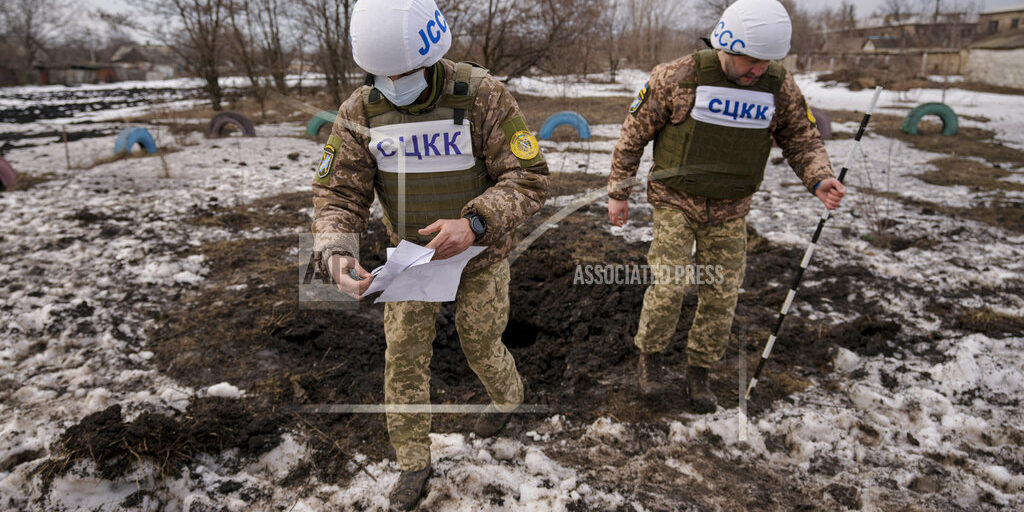 KYIV, Ukraine (AP) — Spiking tensions in eastern Ukraine have aggravated Western fears of a Russian invasion and a new war on the edge of Europe. A car bombing hit the eastern city of Donetsk, but no casualties were reported, a humanitarian convoy was hit by shelling, and pro-Russian rebels ordered the evacuation of civilians from the conflict zone. The Kremlin declared massive nuclear drills to flex its military muscle, and President Vladimir Putin pledged to protect Russia’s national interests against what it sees as encroaching Western threats. U.S. and European leaders, meanwhile, sought ways to keep the peace and Europe’s post-Cold War security order. A cascade of developments this week further exacerbated East-West tensions and fueled war worries.