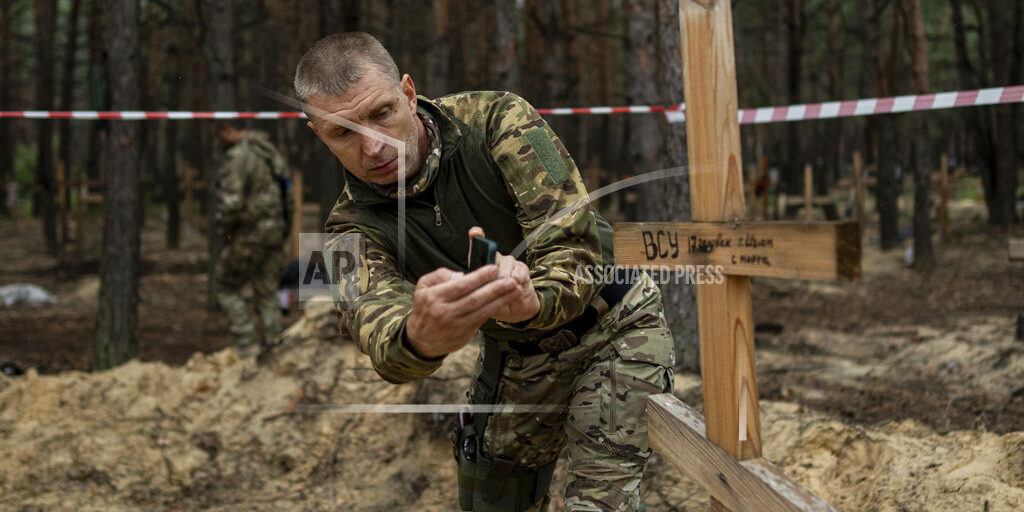 IZIUM, Ukraine (AP) — Investigators searching through a mass burial site in Ukraine have found evidence that some of the dead were tortured, including bodies with broken limbs and ropes around their necks. That’s according to Ukrainian President Volodymr Zelenskyy, who spoke Friday. The site near Izium was recently recaptured from Russian forces. It appears to be one of the largest of its kind discovered in Ukraine. Zelenskyy rushed out a video statement just hours after the exhumations began, apparently to underscore the gravity of the discovery.