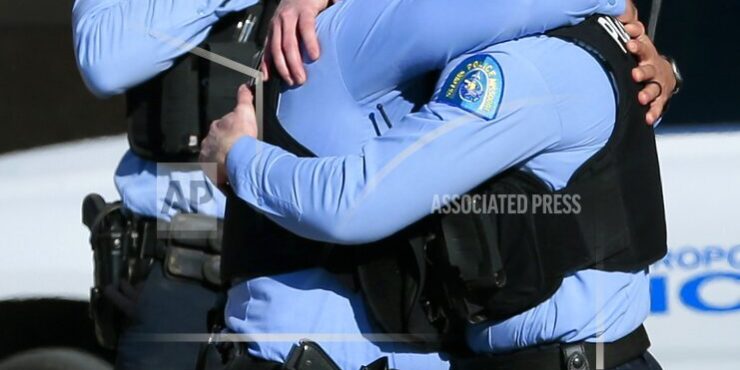 ST. LOUIS (AP) — Authorities have identified the man killed in an exchange of gunfire with St. Louis officers that left two of them wounded, one critically. Police said Thursday that the man killed was 23-year-old Equan Hopson. Meanwhile, charges were filed against two other men who were in an SUV with the suspect before it crashed. Those men are not accused of shooting the officers. Both are charged with resisting arrest and one faces a weapons charge. The shooting happened Wednesday after the officers spotted a vehicle believed to have been involved in a killing. A probable cause statement said the SUV sped away, prompting a pursuit that ended in neighboring Ferguson, Missouri, where the shooting occurred.