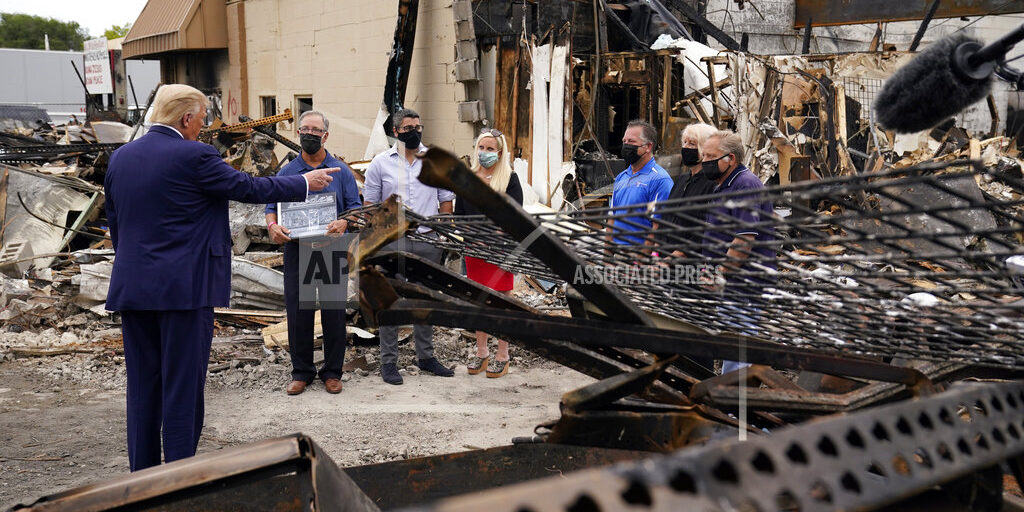 KENOSHA, Wis. (AP) — President Donald Trump dove into the latest eruption in the nation’s reckoning over racial injustice with a trip Tuesday to Kenosha, Wisconsin, over the objections of local leaders. The city has been riven by protests since the Aug. 23 shooting of Jacob Blake, a Black man hit seven times in the back by police. On the eve of his visit, Trump defended a teenage supporter accused of fatally shooting two men in Kenosha last week. Wisconsin’s Democratic governor, Tony Evers, who deployed the National Guard to quell demonstrations in response to the Blake shooting, pleaded with Trump to stay away for fear of straining tensions further.