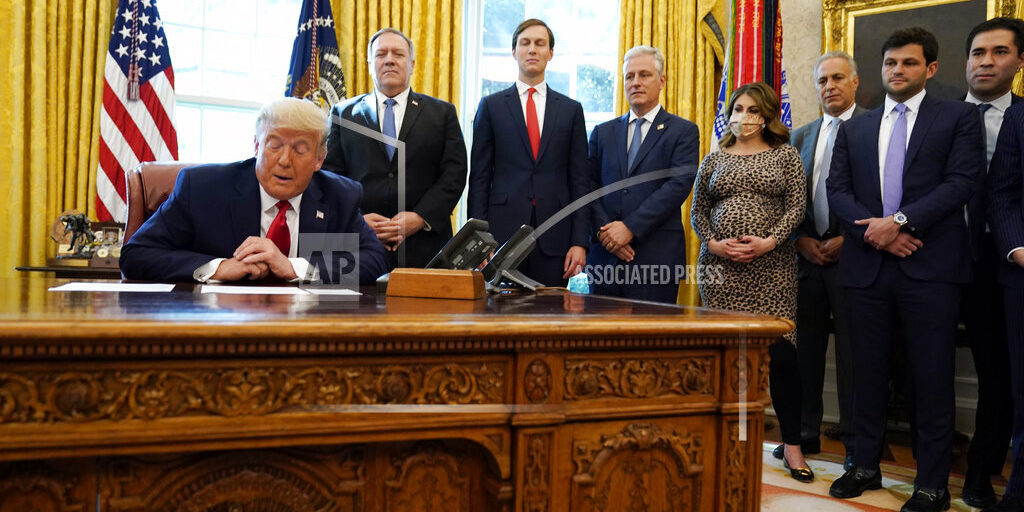 WASHINGTON (AP) — President Donald Trump says Sudan will start to normalize ties with Israel, making it the third Arab state to do so in the run-up to Election Day. The deal, which would deepen Sudan’s engagement with the West, comes after Trump notified Congress on Friday of his intent to remove the North African nation from the list of state sponsors of terrorism if it pays compensation to American victims of terror attacks. It also delivers a foreign policy win to Trump who is engaged in a heated reelection campaign and gives a boost to his embattled ally, Israeli Prime Minister Benjamin Netanyahu. Recently, the U.S. brokered diplomatic pacts between Israel and the United Arab Emirates and Bahrain. Jordan recognized Israel in the 1990s.