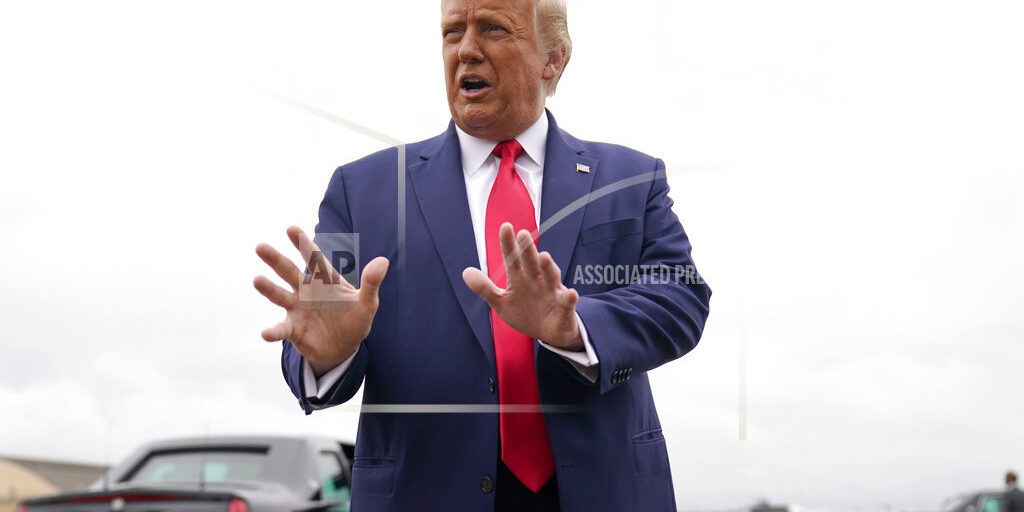 Chicago, IL (AP) — President Donald Trump is recycling a baseless conspiracy theory to claim that recent protests have been orchestrated by powerful people in “dark shadows” who arranged flights for black-clad agitators. Trump has offered only a vague secondhand story and says the matter is under investigation. His unsubstantiated assertion echoes viral hoaxes that spread across Facebook and Twitter several months ago about protests calling for racial justice. Local police departments across the country have been forced to knock down similar social media claims that protesters are being bused or flown in to stir up trouble in small cities.