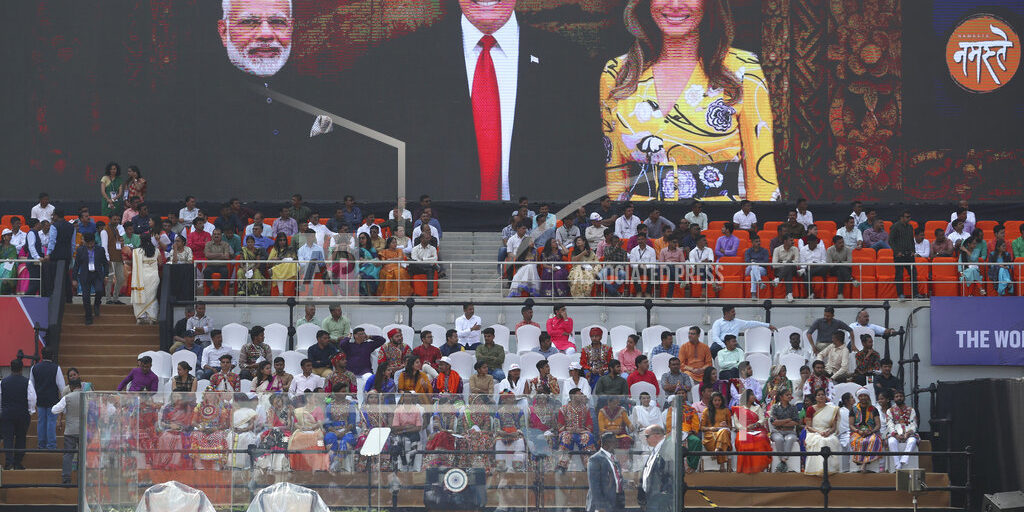 AHMEDABAD, INDIA (AP) — Kicking off a whirlwind 36-hour visit to India that emphasizes pageantry over policy, President Donald Trump received a warm welcome Monday on the subcontinent _ including a mega-rally named after the traditional Indian greeting _ meant to reaffirm ties between the two nations while providing enviable overseas imagery for a president in a re-election year. As Air Force One streaked toward Ahmedabad in western India, the final preparations were underway for that day’s enviable trio of presidential photo-ops: a visit a former home of independence leader Mohandas Gandhi, a mega-rally at the world’s second-largest stadium and a trip to the famed Taj Mahal.