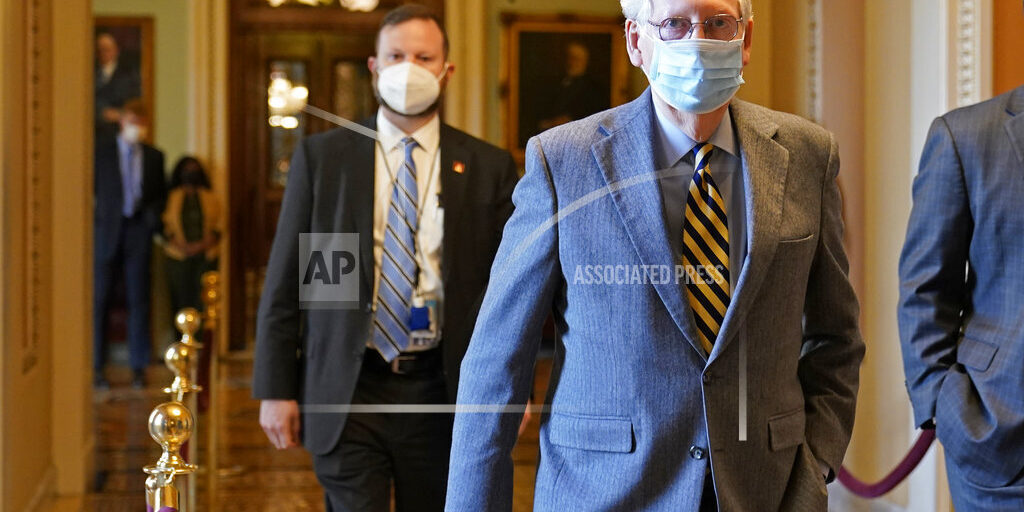 WASHINGTON (AP) — Senate Majority Leader Mitch McConnell has all but shut the door on President Donald Trump’s push for $2,000 COVID-19 relief checks. The Republican leader says Congress has provided enough pandemic aid and he’s blocked another attempt by Democrats to force a vote. McConnell is unwilling to budge, despite political pressure from Trump and even some fellow GOP senators. Trump wants the recent $600 checks increased threefold. But McConnell is dismissing the idea of “survival checks” in a House-passed bill, saying the money would go to plenty of American households that don’t need it.