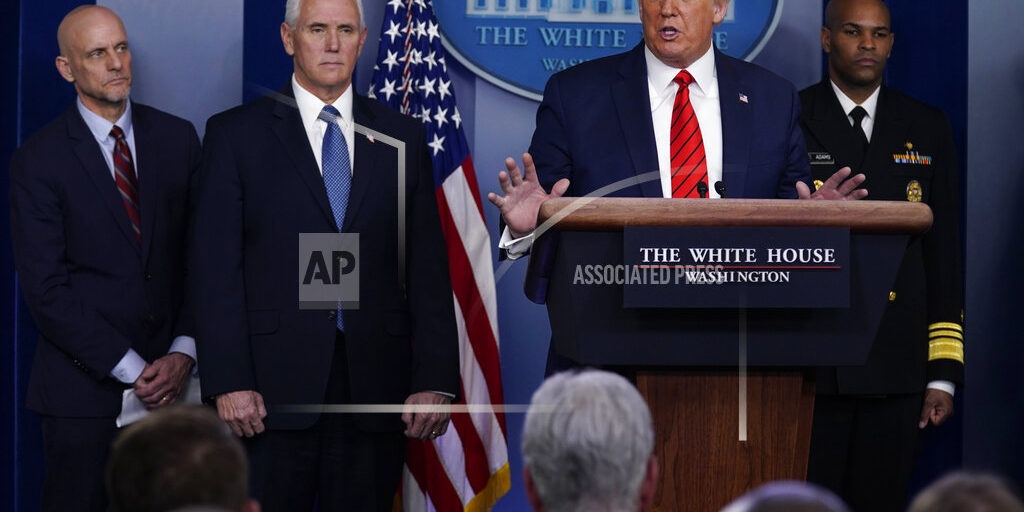 WASHINGTON (AP) — President Donald Trump is tapping stepped-up powers to marshal the private sector in the coronavirus pandemic. Earlier this week he said he’d invoke the rarely used Defense Production Act as needed to get needed medical supplies on the front lines of the outbreak. Now he says he’s put that “in gear.” He also announced an effective closure of the U.S. border with Mexico, prohibiting most travel except for trade. That brings it in line with the restriction on the Canadian border earlier this week. The government is suspending interest on federally owned student loans as well.