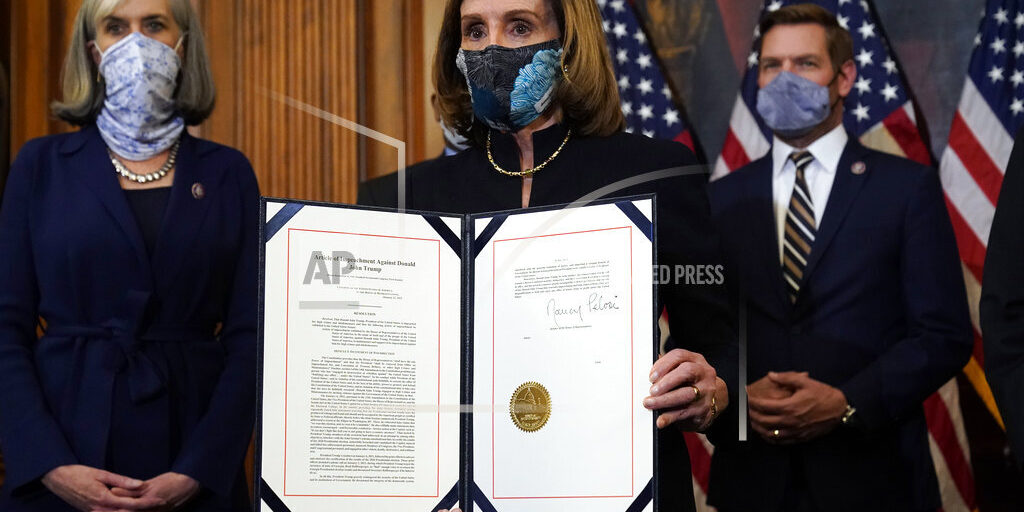 WASHINGTON (AP) — President Donald Trump’s impeachment trial could begin at 1 p.m. on Inauguration Day. That would be just as Democrat Joe Biden takes the oath of office, which is typically held at a bit after 12 noon. It would be an extraordinary end to the defeated president’s tenure as his successor takes over the White House. The trial timeline and schedule are largely set by Senate procedures and would start as soon as the House delivers the article of impeachment. Trump was impeached by the U.S. House over the violent siege of the Capitol. He is the only president to be twice impeached. He faces a single charge of “incitement of insurrection.”