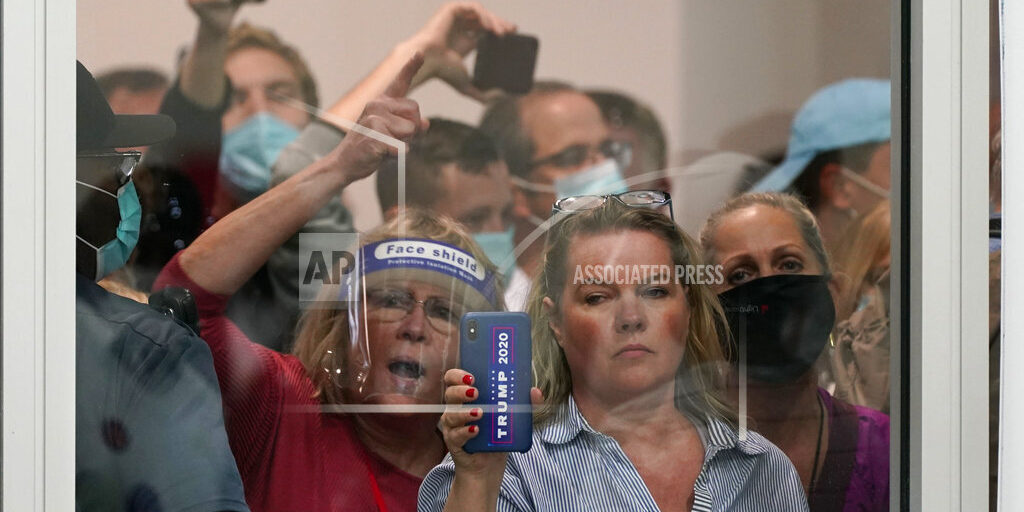 (AP) – Dozens of angry supporters of President Donald Trump converged on vote-counting centers in Detroit and Phoenix as returns went against the president Wednesday in the two key states, while thousands of anti-Trump protesters demanding a complete count of the ballots in the still-undecided election took to the streets in cities across the U.S. The protests came as the president repeatedly insisted without evidence that there were major problems with the voting and the ballot counting, and as Republicans filed suit in multiple states, preparing to contest election results. Protests — sometimes about the election, sometimes about racial inequality — took place in at least a half-dozen cities, including Los Angeles, Seattle, Houston, Pittsburgh, Minneapolis and San Diego.