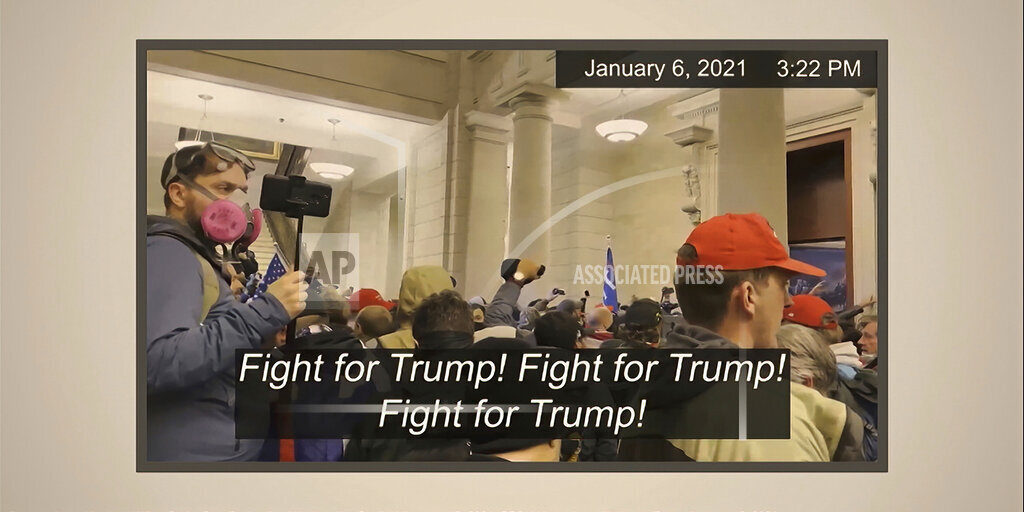 WASHINGTON (AP) — House Democrats opened their first day of arguments in former President Donald Trump’s impeachment trial with searing footage of the U.S. Capitol riot. Other highlights included prosecutors painting Trump as an “inciter in chief” who systematically riled up his supporters and falsely convinced them the election had been stolen, culminating in the deadly attack. Trump’s voice rang out in the Senate Chamber as Democrats aired video from his rallies and other remarks to supporters. And they aired never-before-seen security footage that showed rioters breaking into the Capitol and audio of distressed police officers who tried in vain to keep them out.