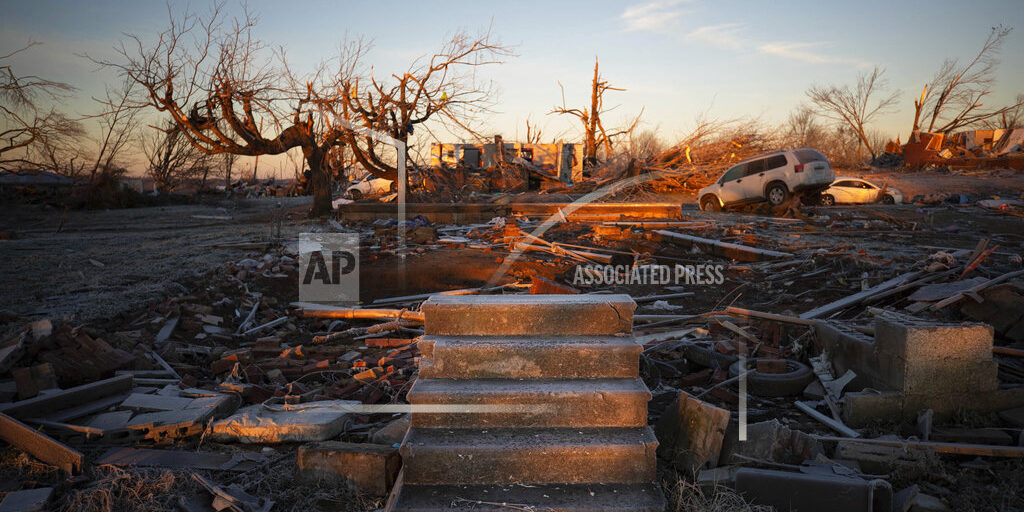 MAYFIELD, Ky. (AP) — Dozens of people in five states have been killed by tornadoes that leveled entire communities on Friday night, but the toll at a Kentucky candle factory is not as devastating as initially feared. Officials initially said only 40 of 110 workers at Mayfield Consumer Products had been rescued. But spokesman Bob Ferguson now says eight people are confirmed dead, eight are missing and more than 90 people have been located. Authorities are still trying to determine the total number of dead amid confusion over how many were able to escape the factory and the difficulties of searching other hard-hit areas. Kentucky’s governor expects the statewide toll to reach at least 50, and at least 14 people are dead in four other states: Illinois, Tennessee, Arkansas and Missouri.