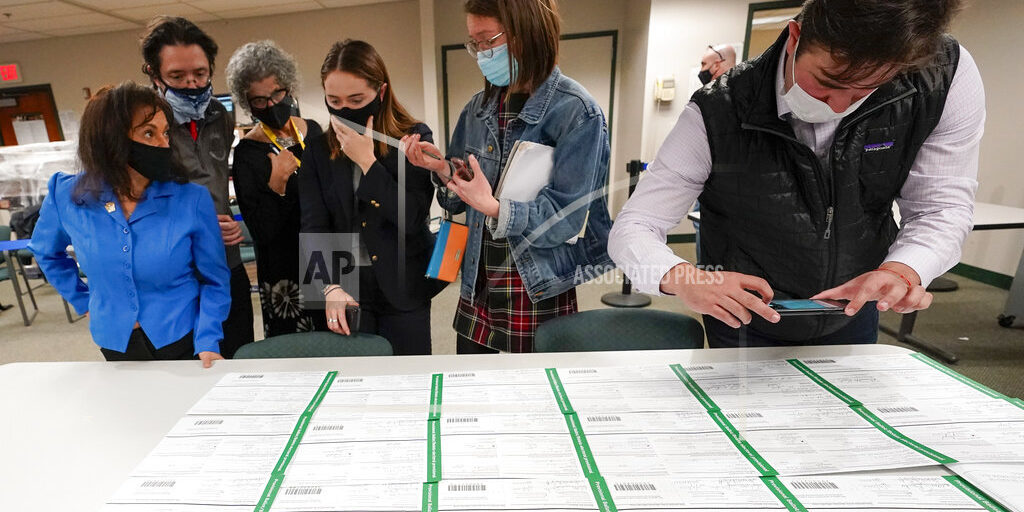 WASHINGTON (AP) — Democrat Joe Biden has overtaken President Donald Trump in Pennsylvania and Georgia. That puts Biden on the cusp of winning the presidency since the election hinges on the outcome of tight contests in those battleground states. The new results Friday come as Trump is trying to undermine confidence in this week’s election. With his pathway to reelection appearing to shrink, Trump advanced unsupported accusations of voter fraud Thursday to falsely argue Biden was trying to seize power. It amounted to an extraordinary effort by a sitting American president to sow doubt about the democratic process. Trump’s remarks also prompted a rebuke from some fellow Republicans, particularly those looking to steer the party in a different direction in a post-Trump era.