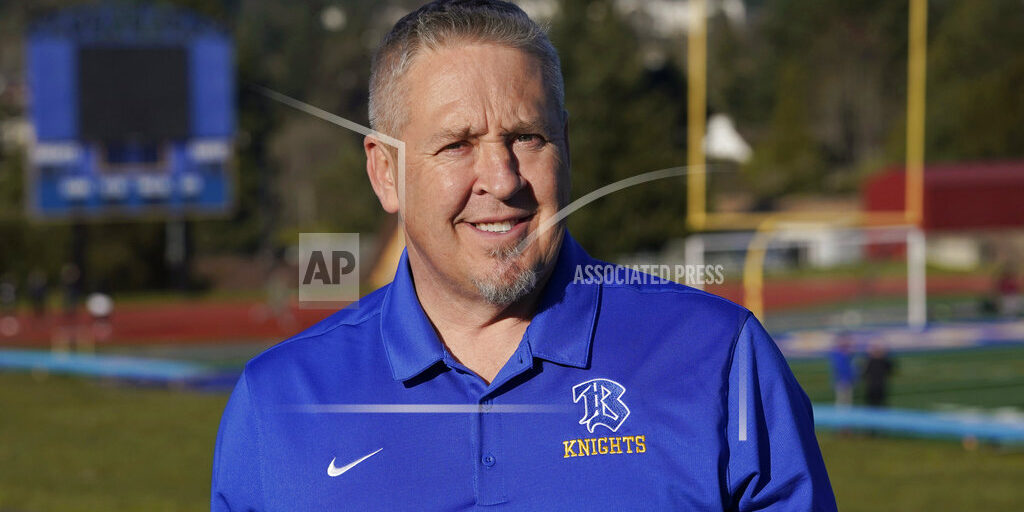 WASHINGTON (AP) — The Supreme Court has sided with a football coach from Washington state who sought to kneel and pray on the field after games. Monday’s ruling could strengthen the acceptability of some religious practices in other public school settings. The court ruled 6-3 along ideological lines for the coach. The justices said the coach’s prayer was protected by the First Amendment. The case forced the justices to wrestle with how to balance the religious and free speech rights of teachers and coaches with the rights of students not to feel pressured into participating in religious practices. It’s the latest in a line of Supreme Court rulings for religious plaintiffs.