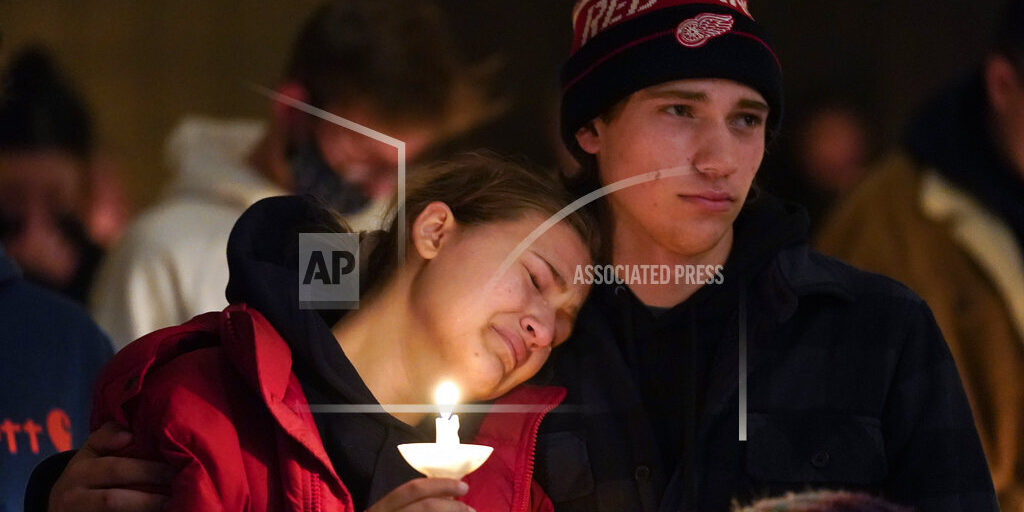 OXFORD TOWNSHIP, Mich. (AP) — Authorities say a 15-year-old sophomore opened fire at his Michigan high school, killing three students, including a 16-year-old boy who died in a deputy’s patrol car on the way to a hospital. Eight other people were wounded, some critically. Oakland County Sheriff Michael Bouchard says investigators are still trying to determine a motive for Tuesday’s shooting at Oxford High School. He says the shooter isn’t talking. The boy’s father had bought the gun used in the shooting on Friday, Bouchard said, adding that he did not know why. The three students who were killed were 16-year-old Tate Myre, 14-year-old Hana St. Juliana and 17-year-old Madisyn Baldwin.