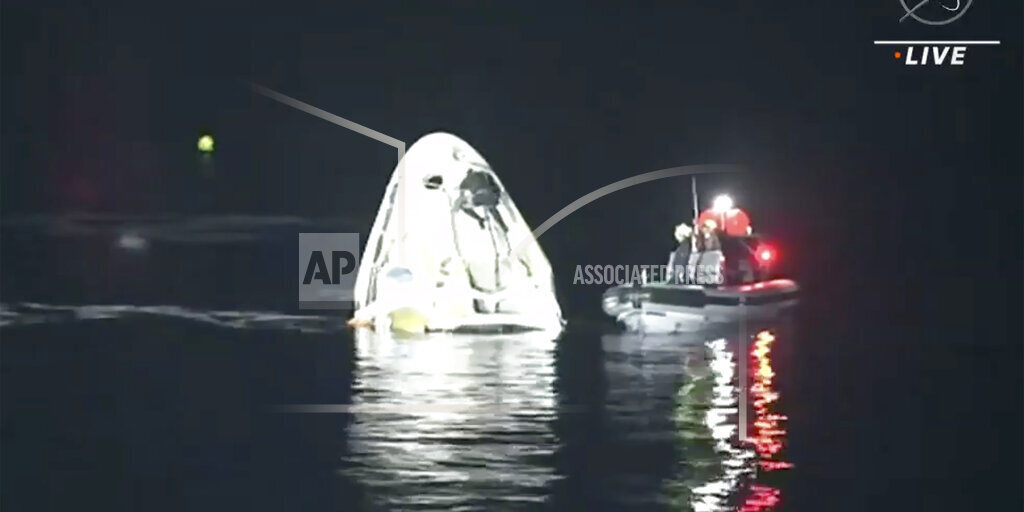 CAPE CANAVERAL, Fla. (AP) — SpaceX has delivered four astronauts back to Earth, making the first U.S. crew splashdown in darkness since the Apollo 8 moonshot. The Dragon capsule parachuted into the Gulf of Mexico near the Florida Panhandle early Sunday, just 6 1/2 hours after departing the International Space Station. The astronauts, three American and one Japanese, spent nearly six months at the orbiting lab. They flew back in the same capsule in which they launched from Florida in November. SpaceX delayed their homecoming four days because of high offshore wind. Managers switched to a predawn splashdown to take advantage of calm weather.