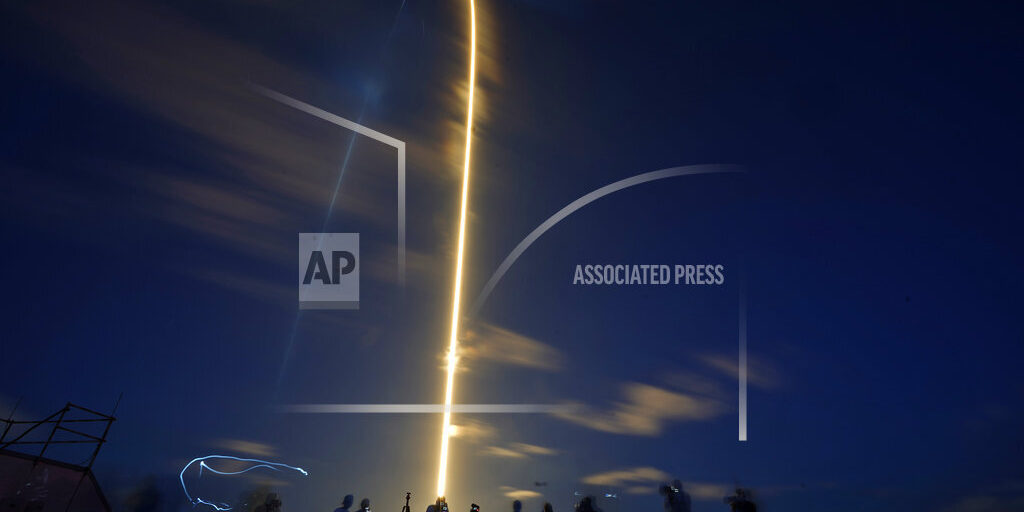 CAPE CANAVERAL, Fla. (AP) — .SpaceX’s first private flight has streaked into orbit with two contest winners, a health care worker and their rich sponsor. It was the first time a spacecraft circled Earth with an all-amateur crew and no professional astronauts. SpaceX’s recycled rocket soared Wednesday night from the same Kennedy Space Center pad used by the company’s three previous astronaut flights for NASA. But this time, the Dragon capsule aimed for an unusually high orbit, 100 miles higher than the International Space Station. The Dragon capsule’s two men and two women are looking to spend three days circling the world, before splashing down off the coast of Florida.