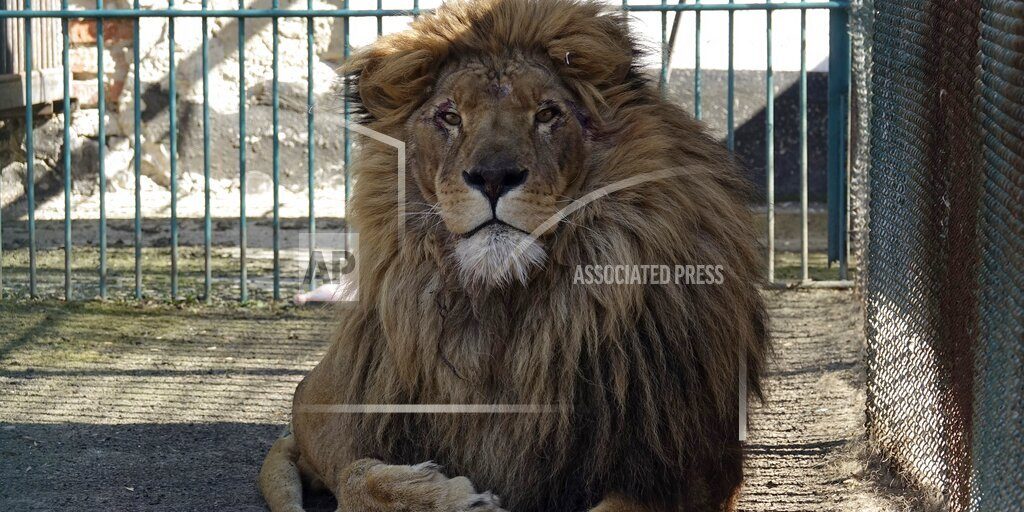 RADAUTI, Romania (AP) — A lion and a wolf have been evacuated from a zoo in war-torn Ukraine and brought to safety in Romania in what an animal rights group involved in the operation says was a four-day mission “full of dangers” further hampered by border entry bureaucracy. The adult male lion named Simba and the grey wolf named Akyla arrived at a zoo in Radauti, about 30 kilometers (18 miles) south of Romania’s northern Siret border Monday from a zoo in Zaporizhzhia in southeast Ukraine. At their new enclosure Wednesday, the two animals were recovering from the journey and regaining their strength as they lounged in the shade.