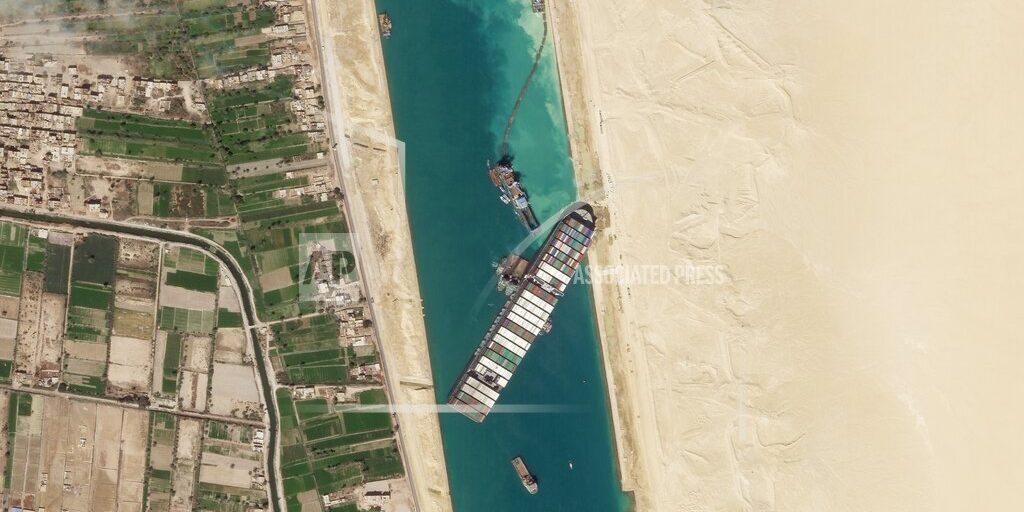 SUEZ, Egypt (AP) — Engineers have partially refloated the container ship that is wedged across the Suez Canal. But the massive ship is still blocking traffic and there are no details about when it might be fully freed. The canal services firm says the ship was partially refloated after tugboats pushed and pulled while the full moon’s tides raised the water level. Dredgers are also removing mud and sand around the ship. Satellite images show the vessel’s bulbous bow still wedged in the canal’s eastern bank. The skyscraper-sized Ever Given became stuck in the canal last Tuesday and has held up $9 billion in global trade each day.