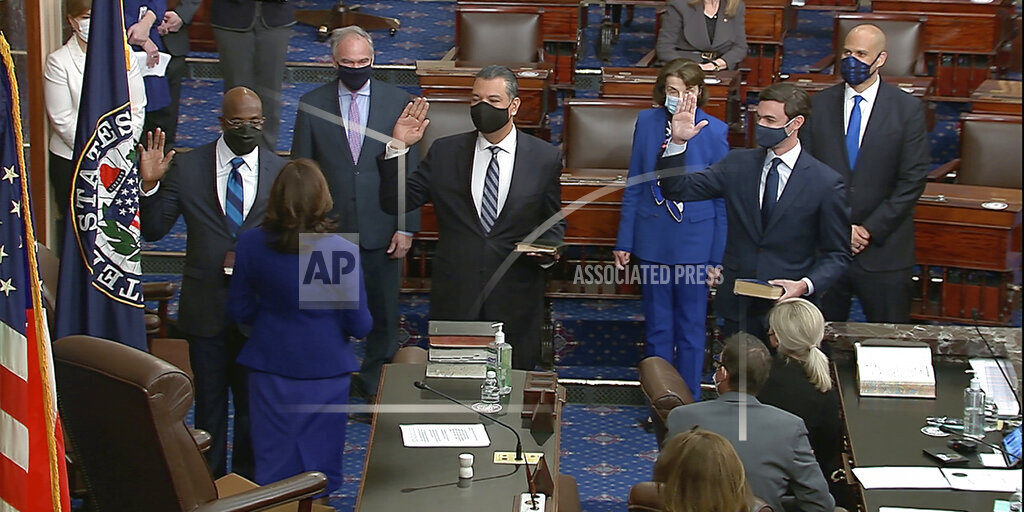 WASHINGTON (AP) — Three new Democratic senators have been sworn into office, giving Democrats the majority in the Senate. In a first vote, the Senate has confirmed President Joe Biden’s nominee for Director of National Intelligence, Avril Haines. The Senate is now split 50-50, with Vice President Kamala Harris as a potential tie-breaking vote. That’s alongside Democratic control of the House and White House — unified government to tackle the new president’s agenda. Harris delivered the oath of office to Democrats Jon Ossoff, Raphael Warnock and Alex Padilla. But Republican leader Mitch McConnell is refusing to enter a power-sharing agreement with Senate Democrats unless they meet his demands.