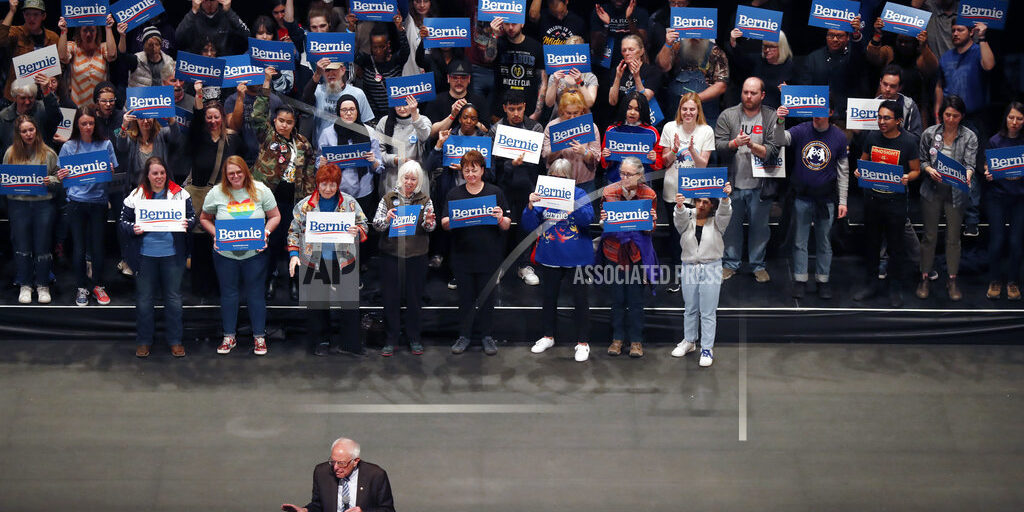 Vermont Senator Bernie Sanders has told a St. Louis crowd that the “energy and excitement” of his supporters make him the Democrat most likely to defeat President Donald Trump in November. Sanders spoke Monday to hundreds of supporters inside a downtown theater a day before voters in Missouri and five other states go to the polls. Michigan is seen as the big prize on Tuesday, but Sanders made it clear that a win in Missouri would help him regain momentum. Whichever candidate wins the Democratic primary faces long odds in Missouri in November. Trump defeated Clinton by nearly 20 percentage points four years ago.