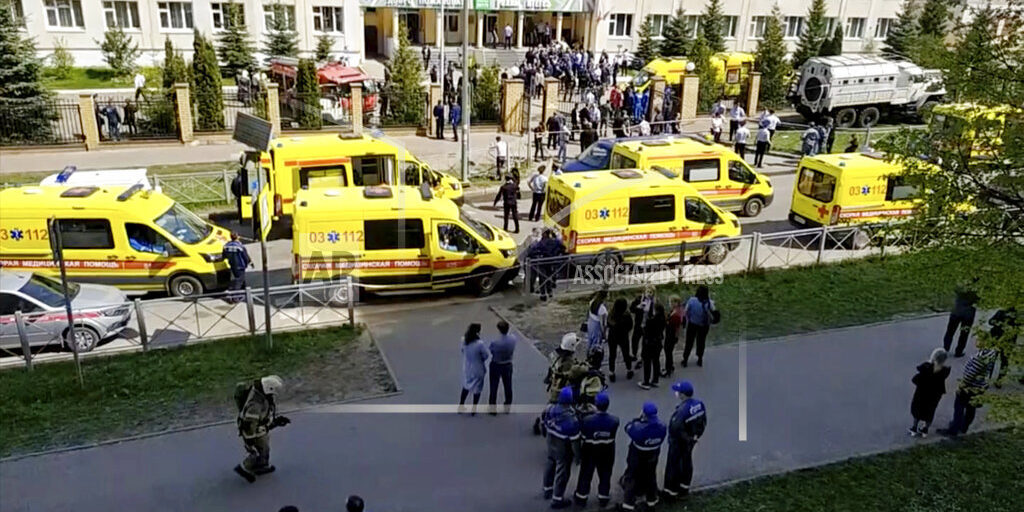 MOSCOW (AP) — A gunman attacked a school in the Russian city of Kazan and Russian officials say eight people have been killed  — seven students and a teacher. They also say 21 others have been hospitalized with wounds. Tatarstan Gov. Rustam Minnikhanov said four boys and three girls, all eighth graders, died in the shooting. Russian media said some students were able to escape the building during the attack, while others were trapped inside. The governor said the shooter was 19, has been arrested and a firearm was registered in his name. Authorities said additional security measures were put into place in all schools in Kazan, a city 700 kilometers (430 miles) east of Moscow.

US Easing Virus Restrictions for Foreign Flights to America
September 21, 2021