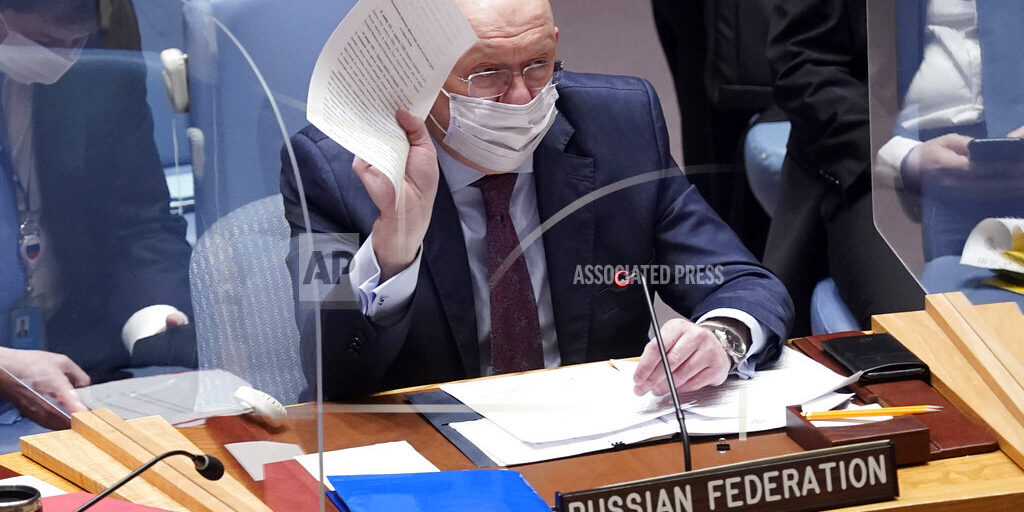 UNITED NATIONS (AP) — Russia accused the West of “whipping up tensions” over Ukraine and said the U.S. had brought “pure Nazis” to power in Kyiv as the U.N. Security Council held a stormy and bellicose debate on Moscow’s troop buildup near its southern neighbor. U.S. Ambassador Linda Thomas-Greenfield shot back that Russia’s growing military force of more than 100,000 troops along Ukraine’s borders was “the largest mobilization” in Europe in decades. The harsh exchanges in the Security Council came as Moscow lost an attempt to block the meeting and reflected the gulf between the two nuclear powers. It was the first open session where all protagonists in the Ukraine crisis spoke publicly even though the U.N.’s most powerful body took no action..