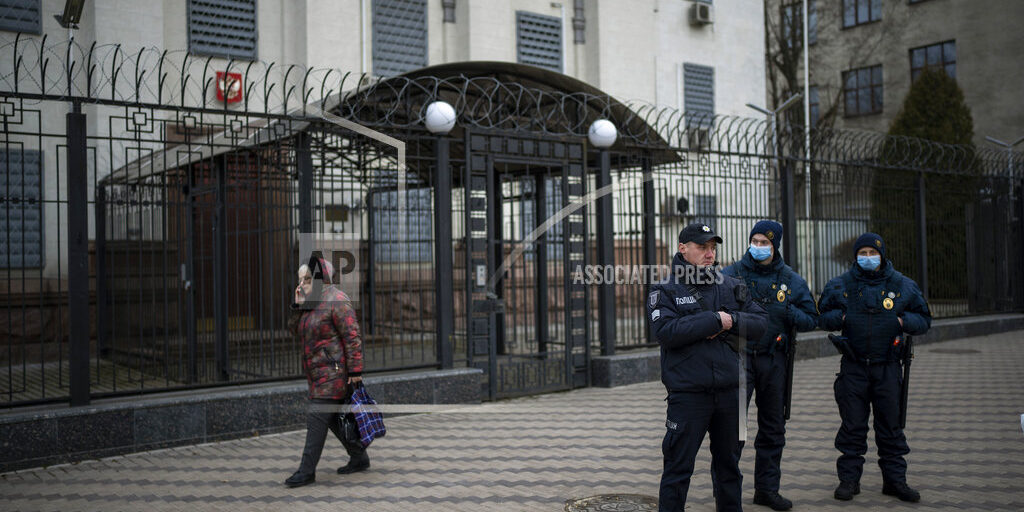 KYIV, Ukraine (AP) — Russia began evacuating its embassy in Kyiv, and Ukraine urged its citizens to leave Russia. Those moves come as the region braced for further confrontation after President Vladimir Putin received authorization to use military force outside his country. Hopes for a diplomatic way out of a new, potentially devastating war appeared all but sunk as the U.S. and key European allies accused Moscow on Tuesday of crossing a red line in rolling over Ukraine’s border into separatist regions. The Tass news agency reported Russia began pulling personnel from its diplomatic posts in Ukraine. After weeks of trying to project calm, Ukrainian authorities signaled increasing concern