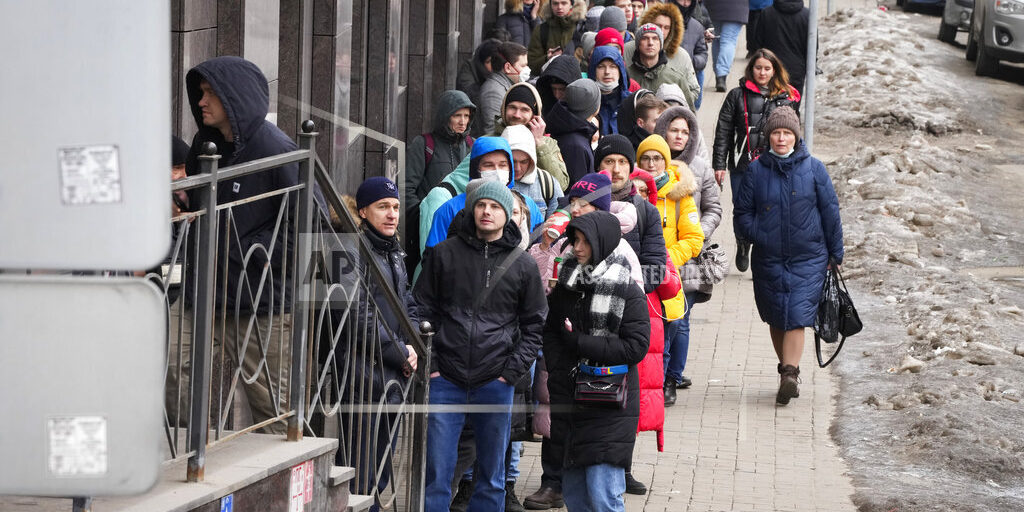 MOSCOW (AP) — Ordinary Russians are facing the prospect of higher prices as Western sanctions over the invasion of Ukraine sent the ruble plummeting. That’s led uneasy people to line up at banks and ATMs on Monday in a country that has seen more than one currency disaster in the post-Soviet era. The Russian currency plunged about 30% against the U.S. dollar Monday after Western nations announced moves to block some Russian banks from the SWIFT international payment system and to restrict Russia’s use of its massive foreign currency reserves. The exchange rate later recovered ground after swift action by Russia’s central bank.