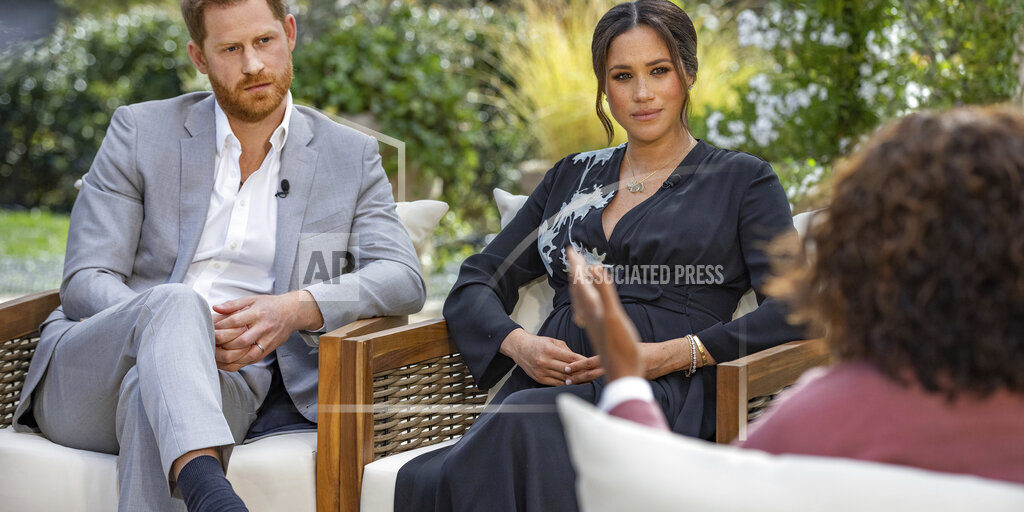 LOS ANGELES (AP) — Oprah Winfrey’s interview with Meghan and Harry has produced several revelations, from Meghan saying she experienced suicidal thoughts, Harry saying he felt “trapped” in royal life and the couple revealing the sex of their second child. Meghan, who is biracial, told Winfrey in the interview airing Sunday night in the U.S. that there were discussions among the royal family about how dark her son’s skin would be. Both Meghan and Harry were critical of the royal family and those who work for them, but both refused to criticize Queen Elizabeth II. Meghan says the queen has “always been wonderful to me.” The interview special aired on CBS and will be shown the following day in Britain.