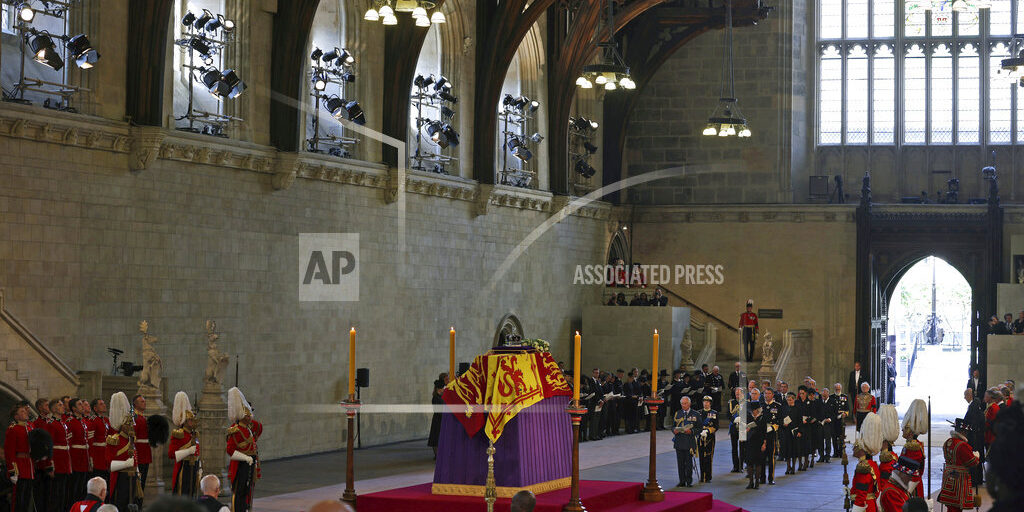 LONDON (AP) — Queen Elizabeth II has left Buckingham Palace for the last time. The late monarch’s coffin was borne to Westminster Hall by a horse-drawn gun carriage. Her son, King Charles III, and his siblings and sons marched behind the coffin, which was topped by a wreath of white roses and her crown resting on a purple velvet pillow. The military procession from the palace was designed to underscore the queen’s seven decades as head of state as the national mourning shifted to the boulevards and landmarks of London. Eight pall bearers carried the coffin into the historic hall and placed it on a raised platform. The queen will lie in state for four days until her funeral on Monday.