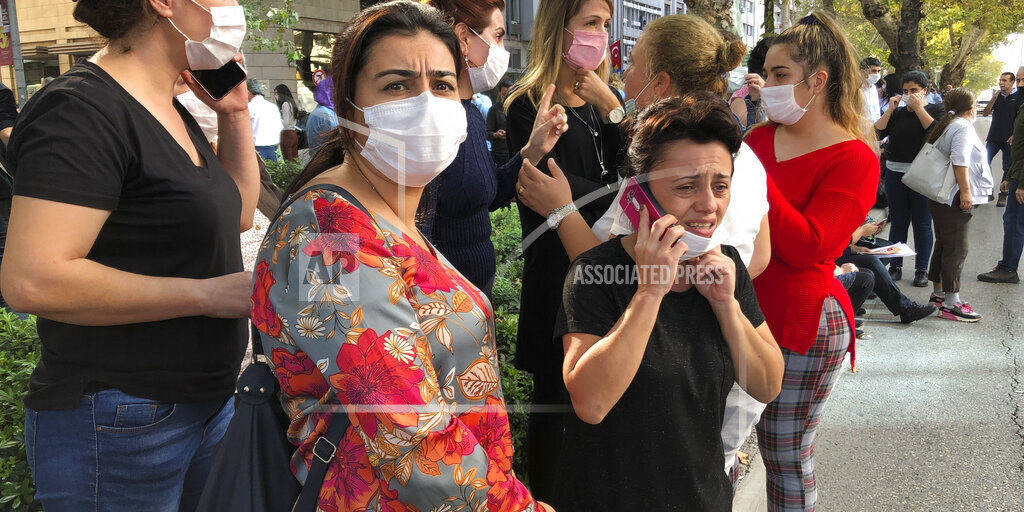 ISTANBUL (AP) — A strong earthquake in the Aegean Sea between the Turkish coast and the Greek island of Samos killed 14 people and injuring over 400 amid collapsed buildings and flooding.

Officials said 12 people were killed in Izmir, Turkey’s third-largest city, including one person who drowned. Two teenagers were killed on Samos when a wall collapsed.

Officials said a small tsunami struck the Seferihisar district south of Izmir and seawater flooded streets on Samos. Seismologists said the earthquake had a magnitude of 6.9 and was centered in the Aegean at a depth of 16.5 kilometers, or 10.3 miles.