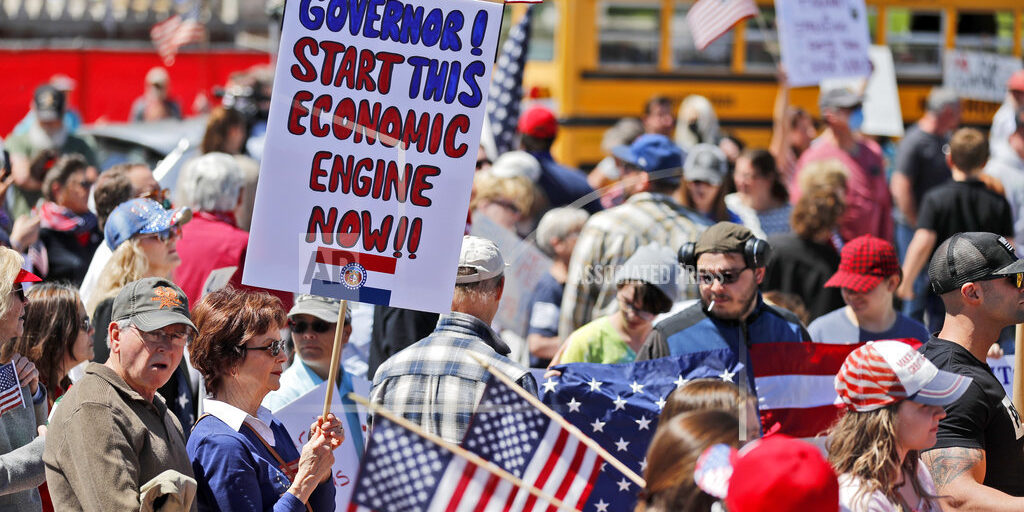 Jefferson City, MO (AP) — Protesters have gathered outside the Missouri Capitol in Jefferson City to demand that the state reopen to business after weeks of government-imposed social distancing aimed at slowing the spread of the coronavirus. The protest on Tuesday is among several across the country over the past week. In Jefferson City, many of the several hundred protesters waved the American flag and chanted “USA! USA!” A sign on a car window stated, “I prefer dangerous liberty over peaceful slavery.” Some of the protesters wore masks, but many did not. Several also stood near each other, ignoring recommendations that people remain at least 6 feet apart.