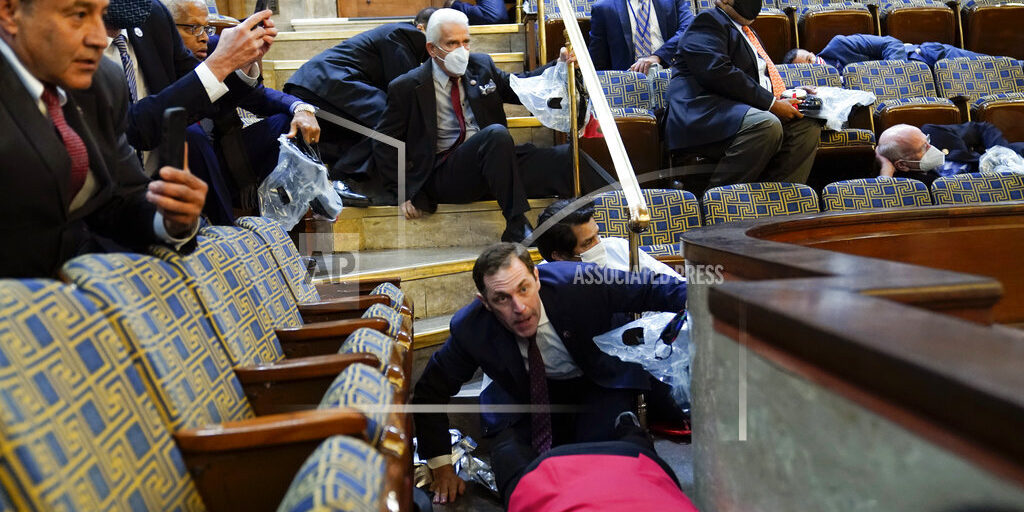 WASHINGTON (AP) — Violent protesters loyal to President Donald Trump stormed the U.S. Capitol and remained for hours on Wednesday, forcing lawmakers into hiding before being ejected by police. Earlier, at a huge rally near the White House, the president had urged his supporters to march to Capitol Hill to protest his election defeat, which he continues to say was actually a victory. Authorities said Capitol Police shot one woman to death, and three other people died from medical emergencies during the protest. Even besides the demonstration, it was a stunning day as a number of lawmakers tried unsuccessfully to overturn the election and keep Democrat Joe Biden from replacing Trump in the White House. Congress eventually resumed after the protest, and lawmakers were still at it after midnight.