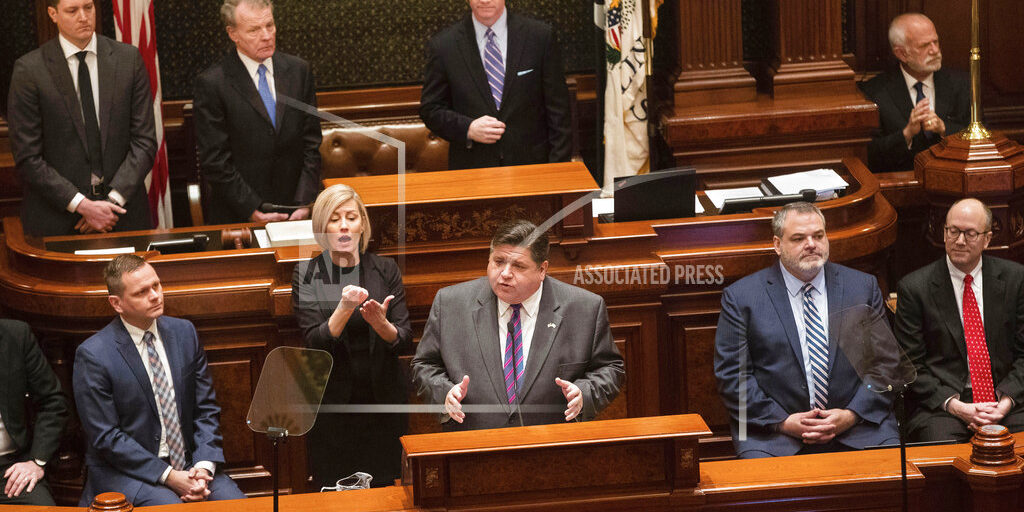 Springfield, IL (AP) Gov. J.B. Pritzker delivered his first State of the State address Wednesday, talking tough about ending fraud and graft in a state notorious for corruption, and urging support for such contentious ideas as halting the so-called revolving door, the time-honored practice of lawmakers leaving the Legislature to immediately become lobbyists. The Democrat also suggested halting the practice of legislators serving as lobbyists to other government bodies and beefing up disclosure of officeholders’ conflicts of interest. Republicans generally praised the speech but said Pritzker gave short shrift to key issues such as property tax relief.