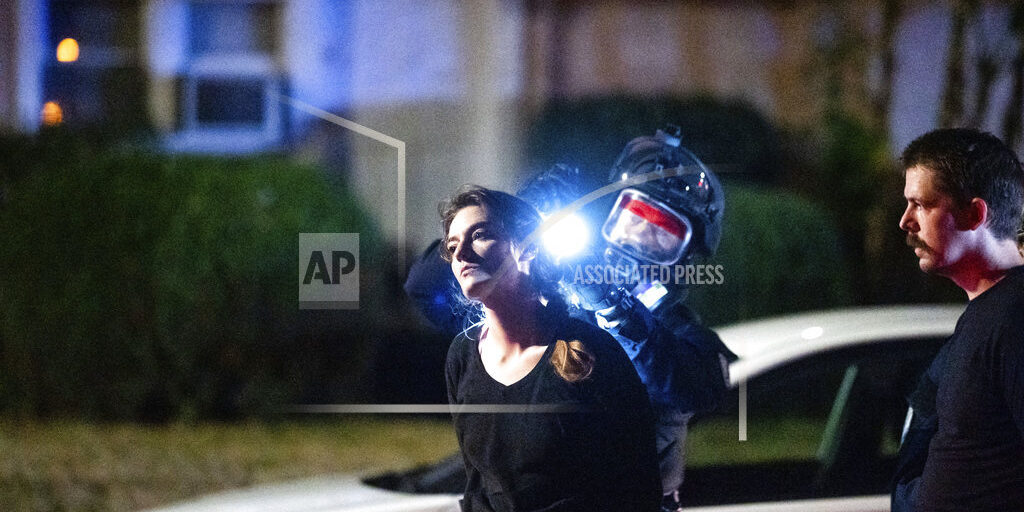 Portland, OR (AP) — Demonstrators against police brutality have gathered Sunday night near a police precinct on the city’s north side. Police say the demonstrators have blocked traffic near the precinct. Hundreds of people gathered for rallies and marches Saturday night as often violent demonstrations that have happened nightly since Floyd hit the 100-day mark. Molotov cocktails thrown in the street during a march sparked a large fire and prompted police to declare a riot.Police confirmed that tear gas was deployed to defend themselves and said 59 people were arrested, ranging in age from 15 to 50.