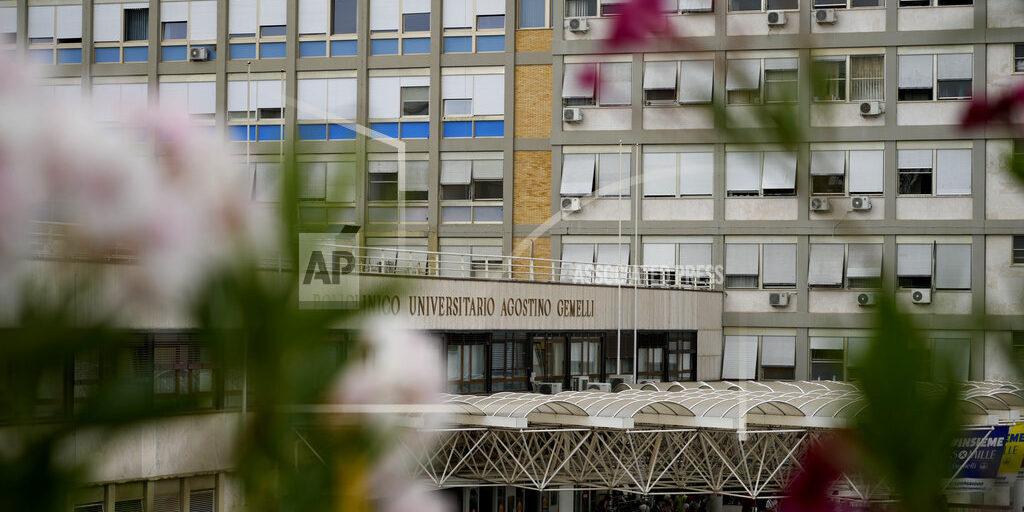 ROME (AP) — The Vatican says Pope Francis temporarily ran a temperature three days after intestinal surgery, but routine tests proved negative. The Vatican’s daily update on Thursday said Francis was continuing to eat and move around unassisted, and had even sent his greetings to young cancer patients at Rome’s Gemelli hospital. But spokesman Matteo Bruni said Francis did have a “fever episode” temporarily Wednesday evening.