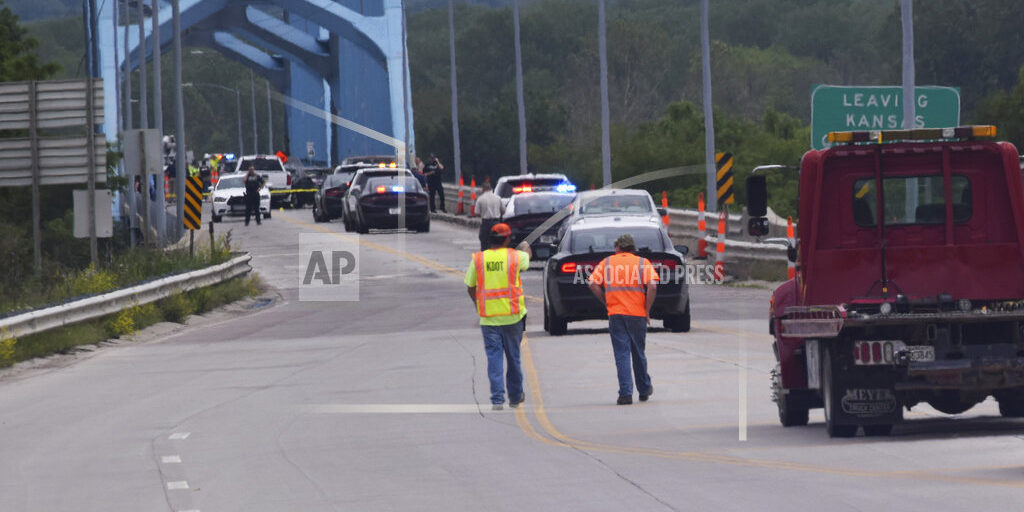 Leavenworth, KS (AP) — A Fort Leavenworth soldier is being credited with saving lives after he stopped a person who was randomly shooting on a bridge that connects Kansas and Missouri. Leavenworth police chief Patrick Kitchens says officers responding to the Centennial Bridge Wednesday found one person with a gunshot wound and the suspect seriously injured under a car. Kitchens says a man was randomly shooting at people on the bridge when the solider hit the shooter with his car, putting an end to the situation. Kitchens says the person who was shot, who is also a Fort Leavenworth soldier, was a random victim. The suspect and the soldier are both in serious condition.