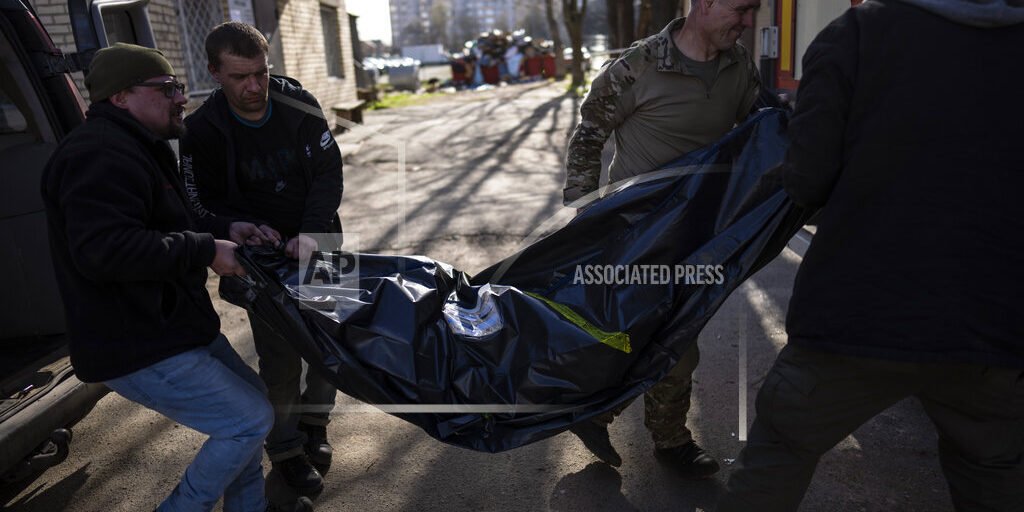 KYIV, Ukraine (AP) — More than 900 bodies of civilians were discovered in the Kyiv region following the withdrawal of Russian forces. That’s according to the regional police chief, who spoke Friday at a briefing. Andriy Nebytov, the head of Kyiv’s regional police force, said the bodies were abandoned in the streets or given temporary burials. He cited police data indicating that 95% died from gunshot wounds. He said authorities understand that under the Russian occupation, people were simply “executed in the streets.”